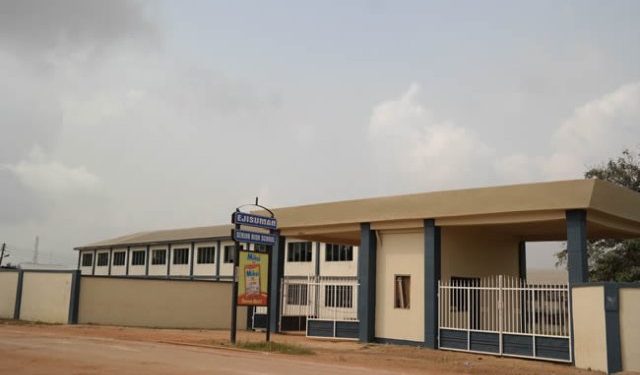 Queen Mother of Ejisu in the Ashanti Region, Nana Yaa Asantewaa II says she has instituted a virgin's club where young girls are trained to live a chaste life hence surprisedÂ at the actions by students from the Ejisuman Senior High School.

A video had gone viral in which girls of the Ejisuman Senior High School making comments that border on sex.

The students, in the video were seen imploringÂ other young girls to give in to sexual demands of men. With that, the school authorities have concluded that the video which has gone viral on social media has dented the image of the school hence the punishment for the students.

Apart from the embarrassment their conducts has brought to the school, management of the school, in a letterÂ sacked the girls from the boarding house effective February 6, 2020.

Commenting on the development on Adom FM, today February 10 2020 , queenmother of Ejisu welcomed the decision by Management of the Ejisuman Senior High School to expel the girls adding sheÂ saw the girlsâ€™ expulsion from the boarding house as necessary.

â€œI am really saddened about this issue because I have created a virginâ€™s club where I train these young ones on how to live a chaste life but they never seem to learn,â€ she said.

Again, the queenmother who said she was saddened by the conduct of the girls said the punishment would serve as a deterrent to other students.

However, an education think tank, Africa Education Watch wants the Ghana Education Service to reconsider the use of withdrawal of students from boarding facilities as a form of punishment for deviant behaviour.

The think tank in a statement on Monday, February 10 2020 said such punishment only exposes the erring students to further delinquency and harm from society.

â€œPunishing girls by sacking them from boarding school only place them in hostels without any parental or school control. This exposes them to further delinquency and harm from society,â€ excepts of the statement said.

The think tank further called for a revision of the punishment against the seven girls.