I'm being haunted by the ghost of J.B Danquah-Adu - Suspect Daniel Asiedu 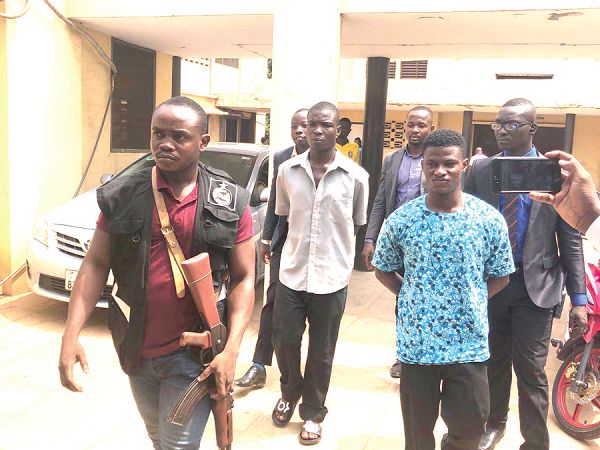 Daniel Asiedu, the main suspect in the murder of the former Member of Parliament for Abuakwa-North, J.B Danquah-Adu, says he is being haunted by the ghost of the former MP.

â€œI canâ€™t sleep so I want to speak the truth so that this case will be over, he told the court.

According to him, some people contracted him to kill the MP and paid him Ghc20,000 and promised to get him out of prison after one year.

He said the people failed to go by the agreement and that they had decided to let him down.

He also claimed the second accused person, Vincent Bosso, is not part of the alleged plot to kill the MP.

â€œHe is innocent and he should not be here,â€ he said.

A psychiatric examination conducted on Daniel Asiedu last year revealed that he is mentally sound to stand trial.

The psychiatric examination was ordered by the Accra High Court on April 14, 2019, following a prayer by Asieduâ€™s lawyer, Mr. Augustine Obour, who had argued that he believed his client was not mentally sound.

At the June 27, 2019 hearing, Dr. Sammy Ohene, a consultant psychiatrist at the Accra psychiatric hospital, presented his report to the court which showed that Asiedu was mentally fit.

The report, which was read by the presiding judge, Justice George Buadi, revealed that Dr. Ohene conducted four psychiatric examinations on Asiedu.

â€œAll the four thorough psychiatric examinations did not show any sign of mental disorder,â€ the report stated.

In view of the report, the presiding judge ordered the trial to commence.

Mr. Danquah-Adu was murdered at his residence at Shiashie near Accra on February 9, 2016.