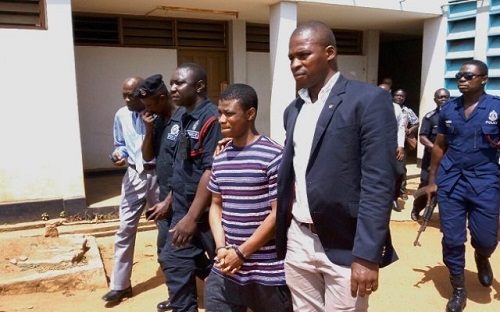 The Criminal Court 5 Division of the Accra High Court presided over by Justice George Boadi has ordered a psychiatric examination on Daniel Asiedu, the man alleged to have killed the Member of Parliament for Abuakwa North, Mr. J.B Danquah-Adu.

The court has, accordingly directed the Registry to officially write to the Accra psychiatric hospital to notify the hospitalâ€™s administration of its directive.

This development came about when the lawyer for the accused Mr. Augustine Obour, argued that he believed his client was not mentally sound due to his interactions with him.

He, therefore, prayed the court to order the psychiatric examination to ascertain Asieduâ€™s mental capacity to stand trial

â€œMy client can call me and tell me that he is going to be made a Chief at a town in Akuapem so he wants me to come and serve the guests with food,â€ he said.

Counsel also mentioned Asieduâ€™s insistence for a lawyer from the International Criminal Court (ICC) as another example of why he believed he should mentally be examined.

In his ruling, however, the presiding judge, Justice George Buadi, upheld the application and ordered the psychiatric examination on Asiedu.

He held that the attitude exhibited by Asiedu such as his insistence for an ICC lawyer showed that there was the need for a psychiatric examination.

â€œI am not certain that A1 (Daniel Asiedu ) is of sound mind to stand trial or to plea to the charges without a scientific examination,â€ he said