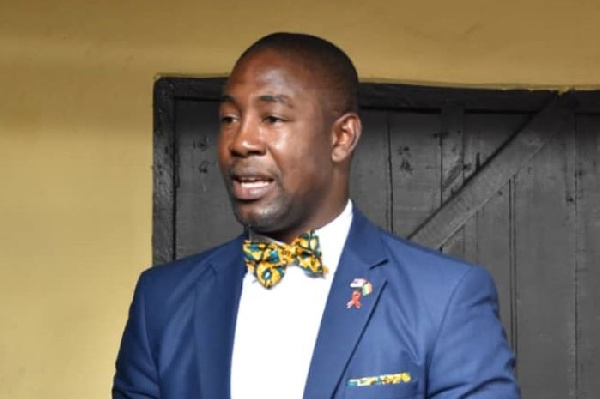 Reacting to concern by IMANI on Asempa FM's Ekosiisen that EC did not do due diligence in selecting a company for the new voters' register, Dr Bernard Okoe Boye said reputation risk as cited by IMANI Africa was not part of the selection criteria.

IMANI Africa at a press conference said it has emerged through its investigations that the French company that won the ECâ€™s bid to provide hardware equipment, Thales Gemalto, has been blacklisted by the World Bank for various corrupt offences and is on record for paying bribes to former South African President Jacob Zuma and paying bribes to officials in countries such as Benin for contracts.

But in response, Dr Okoe Boye said the reputation risk chapter was included because it was revealed that a company blacklisted by the World Bank made it to the list of companies being considered for the contract by the first committee's work.Â

After EC's meeting with the Public Procurement Authority and they were advised to set aside the work of the first committee, they decided to add the reputation risk chapter to prevent companies that are blacklisted to make unto the list.

He added that the reputation risk being raised by IMANI had no scoring for the companies and checks on Thales the company that won the bid reveals that the concerns are all allegations and suspected wrongdoing.

Speaking to IMANI's argument that Ghana will lose about US$150million if the Commission goes ahead to procure the system as well as compiling a new votersâ€™ register, he said IMANI is quoting inaccurate figures especially ones before the negotiation.

READ ALSO:Â It makes a lot of sense for EC to compile newÂ voters'Â registerÂ - Akufo-Addo

Dr Okoe Boye believed that the tendering process was competitive, and also stated that when he met with the President of IMANI Africa Franklin Cudjoe he was citing 104 scoring for Thales which was an error in the works of the first tender review committee.

IMANI Africa has provided yet another reason why Ghanaâ€™s Electoral Commission (EC) should abort the purchase of a new voter management system with its complementary accessories ahead of the 2020 general elections.

The think tank insists that the country will lose about US$150million if the Commission goes ahead to procure the system as well as compiling a new votersâ€™ register.

Giving a breakdown of the risk factors of the intended move by the EC, Honorary Vice President of IMANI, Bright Simons, said previous purchases of software and biometric verification devices (BVDs) suggests that the budgetary allocation for the current system is questionable.

â€œThis is not necessarily about this administration. This has been going on for years and it turns out that we are spending too much. You all have an idea of how much a laptop, camera and scanner costs, and you put it together and add a printer. When someone tells you that itâ€™s US$3,500 to US$4,000, you donâ€™t have to be a genius to know. You have to start wondering whether we are getting value for money. And it is not therefore surprising that countries like Zimbabwe and the like, get it far cheaper than we do. We are spending at most three times more than what Zimbabwe does,â€ he said.

â€œWhen we add all that up, it comes to one simple conclusion that since 2011, it is a lie that we have not bought any new equipment and weâ€™ve spent millions of dollars. From the parliamentary records, weâ€™ve seen almost US$80 million since then buying new things. So if we have to do anything, we just have to do a little more repairs, do a little maintenance, buy a few things, and that will not get you to the US$74 million that they said you need to improve the current system.â€

â€œâ€¦If you add all of that, you add contingency and the unnecessary registration of 17 million people all over again, you are getting close to US$150 million of our money being blown for reasons that nobody can explain in this country.â€