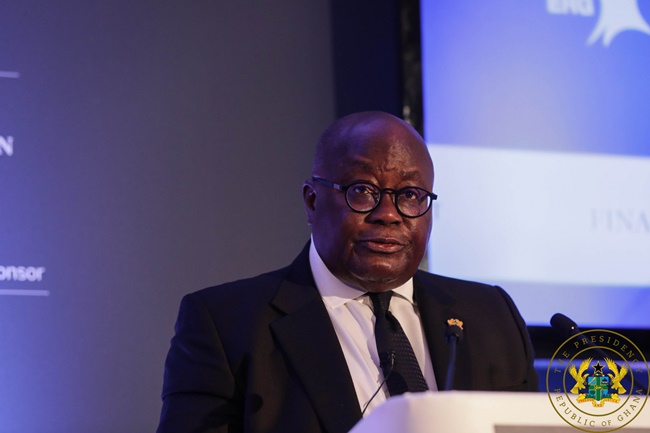 President Akufo-Addo says it makes a lot of sense for the Electoral Commission, EC to compile a new voters' register for the 2020 general elections.

Speaking at a meeting with the Ghanaian community in Oslo, Norway, President Akufo-Addo said the electoral management body should be allowed to do its work.

The decision by the EC to compile a new register has been met with stiff opposition by some political parties and civil society groups.

The recent move to force the EC to abort the decision is by the Interparty Resistance Against the New Voters' Register petitioning the ECOWAS secretariat.

But speaking on the subject, President Akufo-Addo said the decision of the EC makes a lot of sense.

â€œWe are getting ourselves ready for December 7. The Electoral Commission is going to compile a new register. It appears there is now an eight-year cycle for the EC to compile a register. They did so in 2012 and 2004. So with these last three including this one are all in the eight-year cycle. I think it makes a lot of sense. The national census itself is done on a ten-year basis.â€

â€œSo it makes sense that we keep up the EC to admit new people, take out all those who have died, etc. Their intention is to begin in April. We want everybody in Ghana who can vote to register. Itâ€™s important that we all exercise our civic duty to go and vote in December and choose the government that we want,â€ he noted.

The Interparty Resistance Against the New Voters' Register will soon meet with the officials of the ECOWAS secretariat next.
The meeting forms part of the steps taken by the group to force the EC to abort its decision to compile a new voters register.

Interparty Resistance Against the New Voters' Register has held a series of demonstrations to drive home their demands.

Speaking to Citi FM Founder of All Peoples Party, APC Dr. Hassan Ayariga and also a spokesperson for the group said the meeting to help ECOWAS look into the issues raised and advised accordingly.

"We have sent a petition to them and we are yet to meet with them, probably the week has ended so by Monday or Tuesday we will be able to meet them, ECOWAS as a body which supervises elections and issues of elections in Africa. When they find that there is going to be a challenge and it will cause some difficulties, they need to advise the body, they will look at it from an independent view and I think we need an independent technical IT man to look into the issues of the compilation of this voters' register and advise accordingly.."