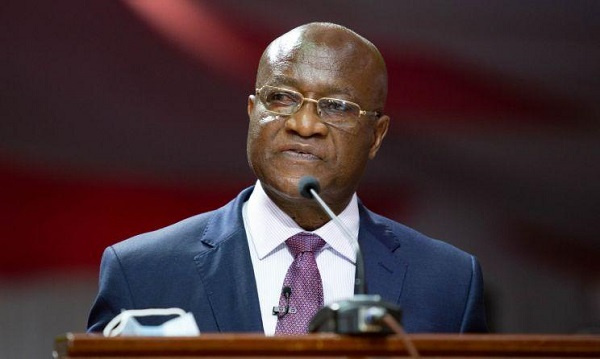 In his view, the National Democratic Congress (NDC) lawmakers failed to exhaust the internal arrangements in Parliament to resolve disagreements over the approval of the bill.

Speaking at a forum on Friday April 22, Mr Kyei-Mensah-Bonsu who is also lawmaker for Suame said “They say they want to stop the implementation but the bill is already being implemented, I don’t know what they mean by that .Upon the assent of the President he bill, if Parliament has not postponed the operation of the bill , immediately after the assent it comes into operation.

“So if you fall foul to it you can be prosecuted for falling foul to the bill that has been assented by the President. So this bill is in operation. the necessary structures are being put in place now , it doesn’t mean it is not being implemented, it is being implemented. If the Minister tells you that the actual collection starts from 1st May.

“I think we are beholding some dangerous spectacle in Ghana. minority party and opposition party exist , Parliament as a whole must be putting government on its toes especially through its committee and if something untoward happens a committee or an individual or the caucus could raise the matter. The business of the house requires that these matters are mooted through parliament using the structures to challenge decisions that are taken. if you are saying that you don’t think it was an appropriate representation in the House and you have taken a decision you can come by a motion.

“The burden of proof is on them. On the injunction, I don’t want to pronounce on it but I guess you and I will know that it is going to be an exercise in futility. As far as I am concerned let us endeavor to exhaust the processes and procedures in parliament, if you are not satisfied and you want to move further upstairs, yes. But at the say so of an individual that let us go to court, when the matter had not been dealt with in Parliament it is a very dangerous precedent in this country.

On Tuesday April 19 the Minority in Parliament filed an application at the Supreme Court to block the commencement of the e-levy deductions. The hearing of the application will take place on May 4.