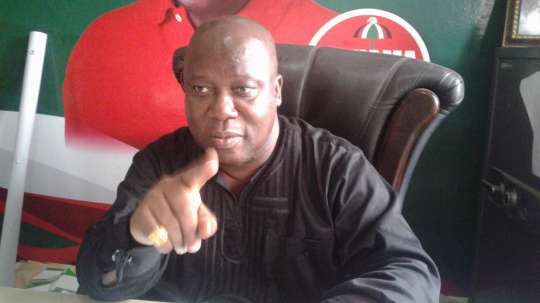 Since she declared that President Akufo-Addo has won the election, NDC has not agreed and have accused her of rigging the election in favour of the NPP.

NDC supporters since then have embarked series of protest nationwide, some which have turned violent.

Mr Coker says for the NDC to halt its protest and dialogue, Jean Mensa must resign.

“We are saying first and foremost, she must resign for the crass incompetence she has shown,” Mr. Coker said.

“Let us right the wrongs first then start talking. The first wrong to right is for her to resign and then we can talk because we have lost confidence in her,” he on Citi News.

The NDC over the past few days have called for an independent audit of the EC’s election figures which they say will settle the dispute over the results.

Mr Coker said this is very necessary as it will put the matter to bed once and for all.

“As long as that is not done and we know there was a deliberate attempt to subvert the will of the people in favour of the incumbent, it will be wrong for me to just leave it because we will not learn the lessons of this election.”

The NPP on the other hand has rubbished these calls and branded it as absurd.