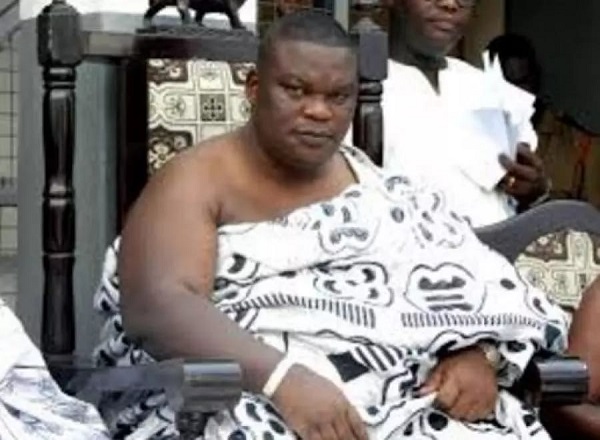 The former President of Ga-Dangme Traditional Council Dr K B Asante has implored underfire Gbese Mantse Nii Ayi-Bonte II to evacuate his throne honourably to eschew being mortified by a section of the public and the kingmakers.

Gbese Mantse Nii Ayi-Bonte II, preceding the December 7 polls, swore that he would renounce his stool if the outgoing President John Dramani Mahama is defeated in the elections irrespective of the fact that traditional rulers are not to participate in partisan politics as clarified in the 1992 constitution of Ghana.

The Chief of the Ga Traditional Area has been under pressure to abdicate his seat as he has pledged.
Speaking on Abusua FM, Dr K B Asante condemned the comment made by the traditional ruler Gbese Mantse Nii Ayi-Bonte II describing it ‘unfortunate’.

He therefore, cautioned upset kingmakers and subordinates to exercise restraint by going through the due process to curb any unfortunate circumstances.

"I think its a very unfortunate development, the Gbese Mantse shouldn’t have said what I hear he said before the elections. He did say that he will not lead his people if what he said comes true and it has happened, it means he has no confidence in the people and the people too do not have confidence in him. So in my view, he should abdicate his position in a dignified way. He should not wait for some people to ask for his destoolment and in my view these elders should also not have publicly announced the destoolment.

"They should have gone through the traditional process, there are other people who are involved in enstooling the chief, they should get all the majority and then the chief leaves. If he doesn’t leave, they should go through traditional or unpleasant methods to destool him," he noted.

Dr. K B Asante proposed, Gbese Mantse Nii Ayi-Bonte II be forgiven to continue ruling his people if he apologises.

‘If the kingmakers accepts his apology, the Gbese Mantse should be forgiven and made to stay,’ he suggested .
Dr. Asante pleaded with chiefs across Ghana to help push more females into education amongst others rather than engaging the rhetoric of partisan politics.