Kwabena Duffour, Amoabeng and 13 others to appear in court today 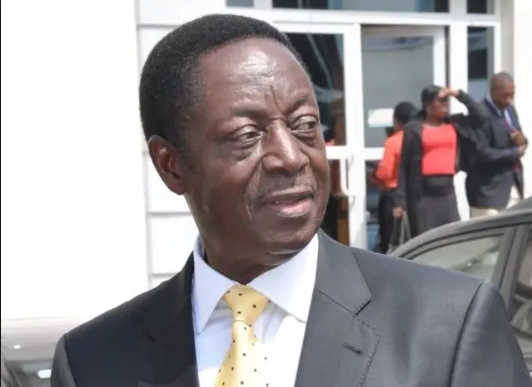 Former Minister for Finance Dr Kwabena Duffour and fourteen others will today appear before an Accra High Court to respond to 110 charges relating to the collapse of UniBank and UT Bank.

They are in simple terms required to indicate whether they are guilty or not guilty. This case forms part of the government's pledge to ensure that persons believed caused the state to spend billions of cedis to secure depositors funds in the collapse of the banks are punished.

In terms of the case involving Dr. Kwabena Duffour one other key individual in the case is Johnson Pandit Asiama (1st accused), was the 2nd Deputy Governor of the Bank of Ghana (BOG) between May 2016 and December 2017.

Kwabena Duffour Jr. has also been charged he was the Chief Operating Officer of UniBank.

In a document dated February 5, it said Kwabena Duffuor Jr. and Ekow Nyarko Dadzie-Dennis in 2014 agreed to act together with a common purpose to dishonestly appropriate the sum of Â¢48,269,477.75 which was entrusted to them in trust for depositors of uniBank Ghana Limited.

This, the state said amounts to a fraudulent breach of trust, contrary to section 128 of the Criminal Offences Act, 1960 (Act 29).

According to the state, the two individuals transferred the said amount to related parties of Unibank Ghana Limited knowing it to be proceeds of crime.

The two were also charged with coming together to dishonestly appropriate the sum of GHÂ¢164,051,706.14 which was entrusted to them by depositors of the bank.

In terms of the UT Bank case Johnson Pandit Asiama has been charged again, Price Kofi Amoabeng founder of UT Bank and Raymond Amanful a former head of the BoG's Banking supervision department.

The defence lawyers will make a case for a bill once the accused persons state their plea which we understand is most likely to be not guilty.