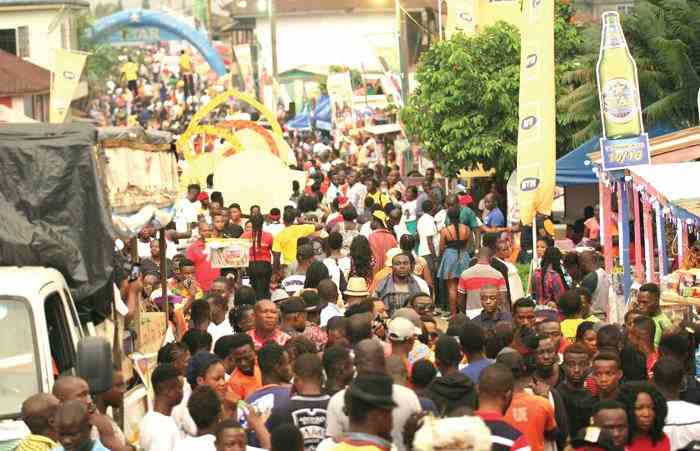 The Traditional Council of Kwahu in the Eastern Region has called off this year's Easter Celebrations following theÂ outbreak of the deadlyÂ COVID-19 in the country.

In a statement released by the council today March 16, authorities indicated that the annual Kwahu Easter and all activities associated with it has been called off.

The statement further stated that ''all public engagements by Nananom within the Kwahu Traditional Council are cancelled''.

''Akwasidae should be celebrated with minimal contacts and restricted to indoor traditional ceremonies'', the statement added.

Again, the Traditional Council in the statement made it known that the one week, forty days observations and funerals in Kwahu has been put on hold indefinitely.

READ ALSO:Â Akufo-Addo to meet leadership of Parliament over Covid-19

Below is the statement from the Kwahu Traditional Council 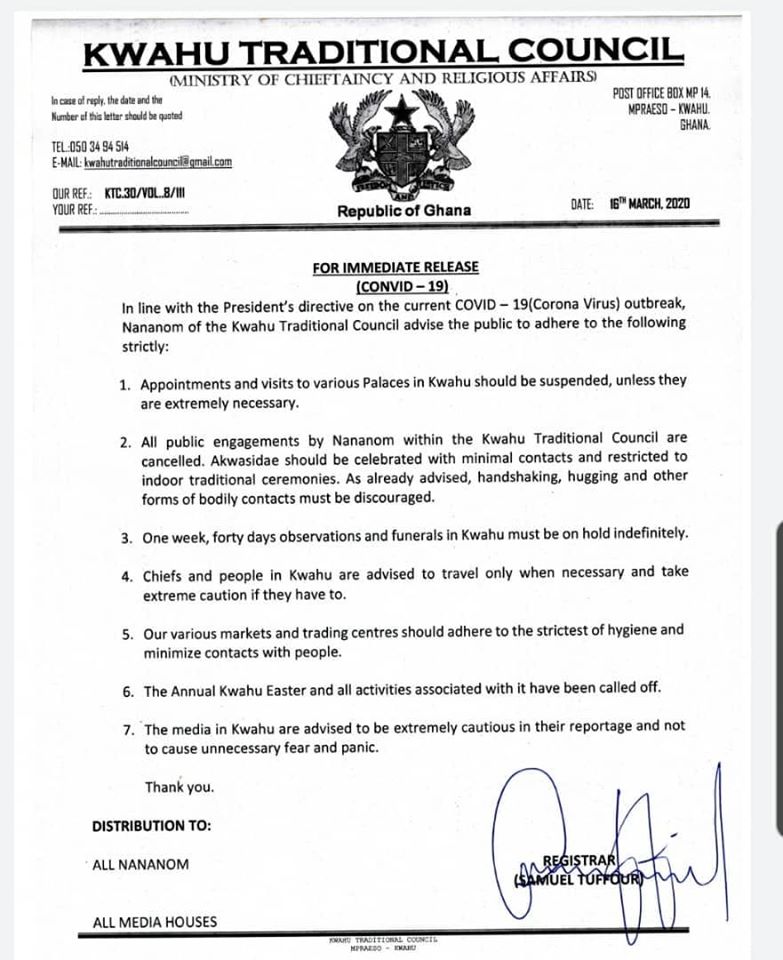 However, government has banned all public gatherings including conferences, workshops, funerals, festivals, political rallies, church activities, and other related events as part of measures to stop the spread of coronavirus in the country.

President Akufo-Addo during the national address yesterday said the ban will be in force for the next four weeks.

Meanwhile, four more cases of Coronavirus have been confirmed in Ghana. This brings to six, the total number of cases reported in the country.

This was announced by the government at a press briefing to update citizens on the outbreak of the Novel 2019 (COVID-19) in the country.

The Director of Public Health at Ghana Health Service, Dr Badu Sarkodie who provided updates on the countryâ€™s cases said the new cases were also imported into the country.