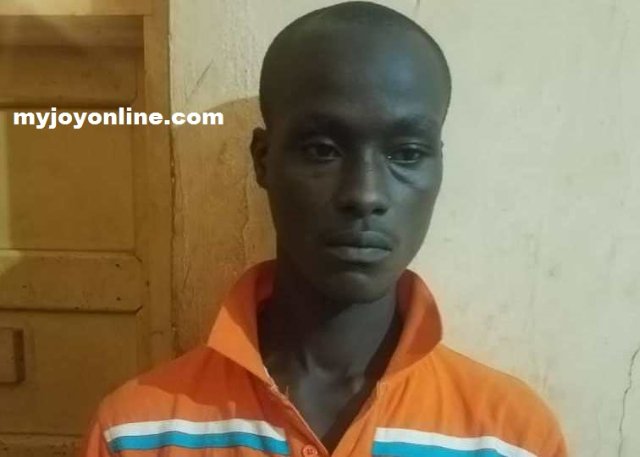 The convict at the Bekwai Circuit Court
Shares

A 26-year-old man has been sentenced to 22 years in jail by the Bekwai Circuit Court in the Ashanti Region for defiling a 3-year-old girl.

The man Akwasi Adu who is reported to be an illegal miner and resident at Kokotro-Abodom near Bekwai sexually abused the child left in his care by her parents who are his neighbors.

Police detective Inspector Stephen Ofori, told the court on September 27, that the grandmother of the victim heard the girl crying in the convict’s house.

She rushed in only to see the child naked with a mixture of blood and feces around her genitals with Mr. Adu preparing to bathe her.

The prosecution said the old lady took the girl to a private hospital where she was referred to the Pramso Government Hospital.

Despite his initial denial of doing anything to the child, the accused admitted to the offence in his caution statement to the police.

The court presided over by Justice A.W.K.Nawurah, convicted and sentenced Akwasi Adu to 22-year imprisonment.