Medical drone : No Ghanaian deserves to die due to lack of medical care - Dr Bawumia 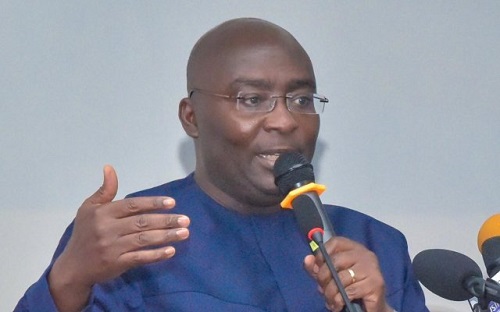 Medical drone: No Ghanaian deserves to die due to lack of medical care - Dr Bawumia
Shares

The Vice President Dr Mahamudu Bawumia says no Ghanaian irrespective of his or her remoteness, does not deserve to die due to lack of medical care.

The Vice President said this at the official launch of the Zipline medical drones service in the Eastern Region on Wednesday, April 24, 2019.

“No Ghanaian deserves to die because by no choice of his or hers they are in hard-to-reach areas in this country.

“I am reliably informed of the huge impact the drone technology has made in the healthcare delivery systems in other countries such as Rwanda and I have no doubt that the success will be replicated in Ghana when we start using the technology to deliver critical medical products”, Dr Bawumia said.

“It is, therefore, clear that we cannot reduce this service to the usual politicking because anybody who is dying will not be asked to show their party card before care is extended to them”, he added.

The Minister of Health, Mr Kwaku Agyeman-Manu who was present at the launch refuted claims made by the National Women’s Organiser of the National Democratic Congress Hanna Bissiw who a few months ago urged rural Ghanaians, especially women, to reject the drone delivery service because the aircraft, according to her, are fitted with hidden that could be used to take pictures of their nudity in their open-top bathrooms.

“The Zipline drones do not have any hidden cameras. No hidden cameras that should go monitor or spy on people and women when they are taking their bath, as has been put out by some members of those who always argue against the type of dreams that we have and the type of realities that are coming out”.

The minister also emphasised that the routine bulk deliveries of medical supplies will continue unabated while the Zipline service is used alongside to provide essential medical supplies during emergencies.

“It will not replace the regular and scheduled delivery of medicines to our health facilities,” he noted

Mr Agyeman-Manu also allayed the fears of joblessness due to the adoption of the technology-driven intervention.

“No one will lose his or her job. It is our expectation that more jobs will be created,” he said.

The drone service will help hospitals receive medical packages between 15 to 17 minutes after making requests via WhatsApp or SMS.

After a request is made, the Zipline centre sends a message to the hospital staff to confirm the order. Another message is sent to the hospital as soon as the drone is launched and then the hospital is prompted again five minutes to delivery. The package is released from beneath the drone to a programmed drop zone at the hospital premises and health officials can pick the requested order to be administered to patients immediately and the aircraft continues its flight back to base.

Zipline’s primary base is the Omenako Centre which will serve the Eastern, Volta, and parts of the Ashanti regions with 20 Ghanaian engineers and operators. After the official launch of the project, three other distribution centres will be completed within the year and equipped with 120 aircraft collectively to serve areas within a radius of 80km across the country to provide about 150 medical products to 2000 health facilities.

The cost of the project is estimated at $12 million for the technology and $17 per delivery. Even though the Minority in Parliament has kicked against the project, advocates have highlighted the importance of the service in saving lives.