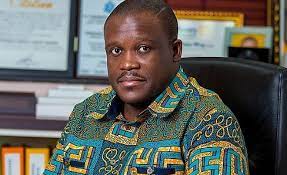 The Minority in Parliament has asked the Chairman of the Committee working on the LGBTQI bill, Kwame Anyimadu-Antwi to step aside if he’s unable to continue working on the bill.

The Minority has accused the MP of Asante Akim Central of deliberately delaying work on the bill and has threatened to block the passage of government bills if the LGBTQI bill is not worked on speedily.

Member of Parliament for Ningo Prampram, Sam George, said the Minority will use any means possible to ensure the passage of the bill.

“We will only continue to serve notice to the government to whip members of the majority side, especially the Chairman of the Committee. He will either have to carry the committee to do its job, or he will have to leave it for someone who is competent to do the job. Hon. Kwame Anyimadu-Antwi will be compelled to the job or step aside”, he challenged.

The Bill on the Promotion of Proper Human Sexual Rights and Ghanaian Family Values, was presented to Speaker, Alban Bagbin on Tuesday, June 29, 2021.

“As far as the constitution is concerned, when you introduce a bill, and it is referred to the committee, that committee must not spend more than three months,” says Minority Chief Whip; Muntaka Mubarak.

Meanwhile, the Chairman of the Committee working on the bill, Kwame Anyimadu-Antwi has explained why work on the bill had delayed.

“I would want to draw the House’s attention that there are several bills before the committee. We had one in-camera meeting last week, and we have invited the sponsors of this bill for these meetings.”

The Bill prescribes that people of the same sex who engage in sexual activity could spend up to 10 years in jail.

Varying forms of support for the LGBTQ+ community will also be criminalised if the Bill, known as the Promotion of Proper Human Sexual Rights and Ghanaian Family Values Bill 2021, is passed into law.