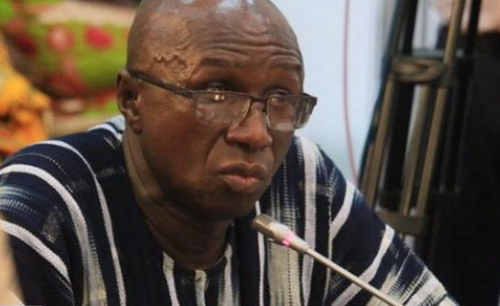 The Ministry for the Interior has declared Monday, January 7, 2019 as a public holiday that must be observed as such. 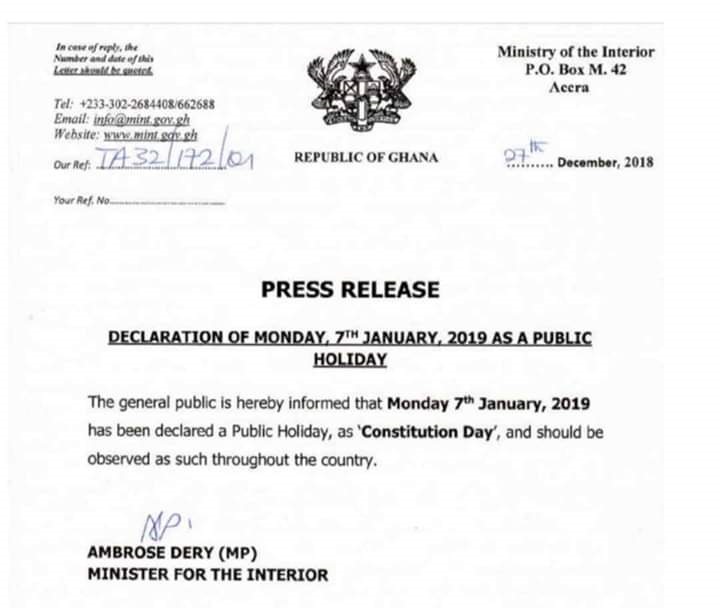 When reached on the phone, The Speaker of Parliament, Professor Mike Oquaye told Graphic Online that the bill is presently being considered at the Committee level, and intimated that that notwithstanding, government can always declare a holiday, pending the formalization of the processes.

The proposed bill seeks to amend the Public Holidays Act to include January 7 and August 4 as statutory public holidays. The new bill was laid by the Interior Minister on Thursday, December 13 and will make January 7 Constitution Day and August 4, Founders Day.
"Government can always declare a holiday. We don't need an act. Pending the formalisation of the process, it can in the interrim declare any day as a holiday. The Minster of Interior can even declare tomorrow a holiday", said Speaker Mike Oquaye.