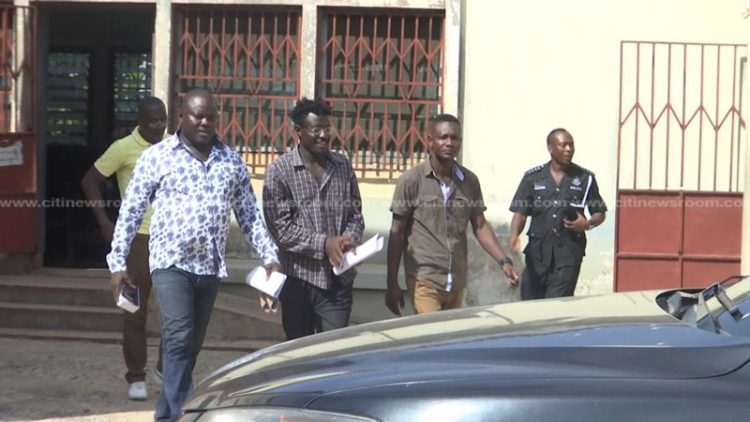 The fake informant in the murder of Mark Ofori, the Takoradi New Patriotic Party (NPP) Treasurer case, Nana Bassaw, has been sentenced to six months imprisonment.

Nana Bassaw, also known as Born Black, was sentenced by the Takoradi Habour area Circuit Court presided over by Her Honour Abigail Anima Asare on Tuesday.

He has also been fined 250 penalty units equivalent to GHS3,000 for deceiving the Takoradi Police.

Nana Bassaw who earlier got the police to arrest one Anthony Mensah whom he claimed was the lead suspect behind the shooting of the late Mark Ofori, on 30 October, pleaded for mercy and mitigation for lying to the police.

“My Lord, I have kids and my wife is deceased. I, therefore, plead with the court for mercy and mother Ghana to forgive me,” he said.

Nana Bassaw who turned out to be a fake informant after picked up a fight with Anthony, will in default of the penalty serve another six months upon the expiration of the commitment warrant.

He is also to sign a bond of good behaviour for two years or in default serve two years imprisonment before the commencement of the then-current offence.

Her honour Abigail Anima Asare in her ruling said the court looked at what was the likely consequences of his action of wrongly accusing somebody.

She said, “By sentencing the accused person, the court took into consideration the punishment that would have meted to the victim Anthony Mensah in case he was not able to defend himself. The court delivered this sentence to deter the general public from the wrong accusation.”