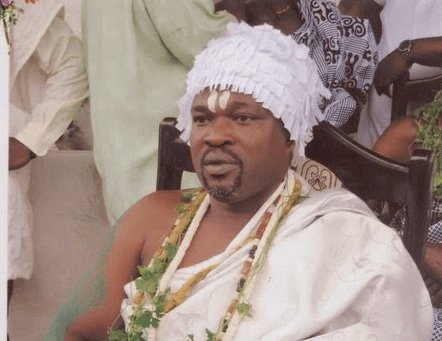 Numo Blafo III the President of the GaDangme Council of Wulomɛi (Chief Priests), has cast doubt over the construction of a national shrine.

He says the idea is not feasible since traditional worshippers have different forms of worship.

According to him, although they are all referred to as traditionalists, it would be difficult to have all of them under one roof.

READ ALSO: Building national shrine will not be feasible - Rev. Opuni-Frimpong to Gov't

“I don’t know how a national shrine is going to be like because we traditionalists have different ways of worship though we are all traditionalists. For example, a Tigare [a deity] worshipper will not be comfortable at the same place with somebody who is worshipping something else,” he said in an interview on Accra-based radio station, Citi FM.

The Minister for Chieftaincy and Religious Affairs, Mr. Samuel Kofi Dzamesi, on Wednesday said at a press briefing that the government has received requests to build a national shrine for traditional leaders and that the request was being studied since it would not be out of place.

According to Mr. Dzamesi, following plans for the construction of a national cathedral and an already existing national mosque, he has received requests from a group of Wulomɛi [Ga Traditional Priests] for a traditional shrine.

But Numo Blafo said he was hearing of the request and plans for the first time.

“Well, I’m only hearing about it. I think this needs to be interrogated properly because we are talking about a shrine,” he said.

“I don’t have an idea how a national shrine is going to be like and what exactly will go into the construction of a national shrine. Though we are all traditionalists, we have our ways and the forms through which we go about our activities. So that is what I’m trying to comprehend as to how it’s going to be like…[maybe] it will be a consensus where we say ok, annually, we will meet here as in a convention and offer sacrifices…I don’t know,” he said.