Nigerians in Ghana mass up at their commission, demand expedite action on trade war 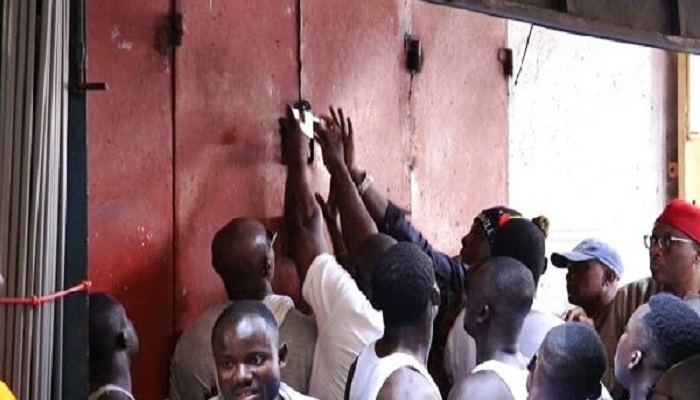 The All Nigerians Community in Ghana has massed up at the Nigerian High Commission demanding an expedite action to end the trade war in Ghana.

The community is appealing to both the governments of Nigeria and Ghana to hold emergency discussions to end the trade war.

The action of the members is in protest of the closure of their shops.

The group said they have been heavily affected by the action of the Presidential Committee on Retail Trade to close their shops.

Nigeria has also threatened retaliation of closure of shops of its citizens in Ghana.

According to him, he has been briefed by their Commission here in Ghana and they are considering dragging Ghana to the Community Court of Justice, ECOWAS for breach of protocols.