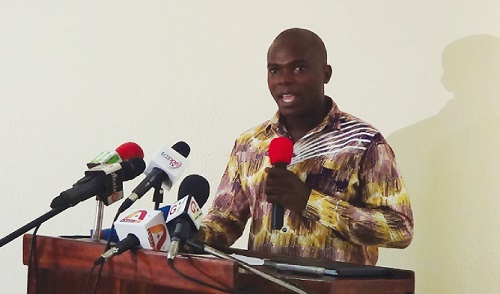 The Executive Director of the Media Foundation for West Africa (MFWA), Sulemana Braimah says the National Media Commission’s ruling on Joy News’ controversial vigilante documentary titled ‘Militia in the heart of the nation’ is not detailed enough.

Mr. Braimah speaking on Citi FM among other things questioned the ruling and insisted that it is not comprehensive enough.

“I have gone through the decision of the National Media Commission and I think that the Commission did not help matters at all. I think so because, on matters like this, you will expect that the Commission to be more detailed and more specific so going forward we can all be guided by decisions such as these.”

“Just like in the legal realm, decisions of the court are relied upon for future references and how certain things should be done, one was hoping that the Commission would have used the opportunity to present a decision that will educate all of us going forward. There were very fundamental areas that I expected the Commission to address,” Mr. Braimah noted.

The National Media Commission has ruled that the documentary by journalist Manasseh Azure Awuni and Multimedia Group was unethical, misleading and amounted to a misrepresentation of facts.

The Commission in a ruling said it found that the documentary goes against GJA’s code of ethics although the focus on group operating from the Castle was in the interest of the public.

“In the end, the Commission found out that the attempt to expose the fact that the group operated from the Castle was in the public interest. However, in the attempt, the investigation had not been consistent in following the ethical standards defined by the Ghana Journalists Association’s code of ethics, particularly guideline 23, which states that ‘a journalist ensures that photographs and multimedia content adequately reflect an event and do not highlight an incident out of context’,” the Commission stated.

The Commission among other things said the use of some photos in the documentary were not properly related to the original focus of the story.

On March 7, 2019, the television station, Joy News aired a 22-minute documentary titled "Militia in the heart of the Nation," which was partly aired on radio on Joy FM, Adom FM and Asempa FM.

The documentary indicated that a "militia" [De Eye Group] had been uncovered training and operating at the Christianborg Castle at Osu in Accra, which is a "security zone" with the complicity of the government as it belonged to the political party in power, the New Patriotic Party (NPP).

But dissatisfied with the documentary, the government, through the Minister of Information filed a petition dated March 13, 2019, and addressed it to the Chairman of the NMC.