No decision reached to impose a curfew on Voltarians - Pius Hadzide 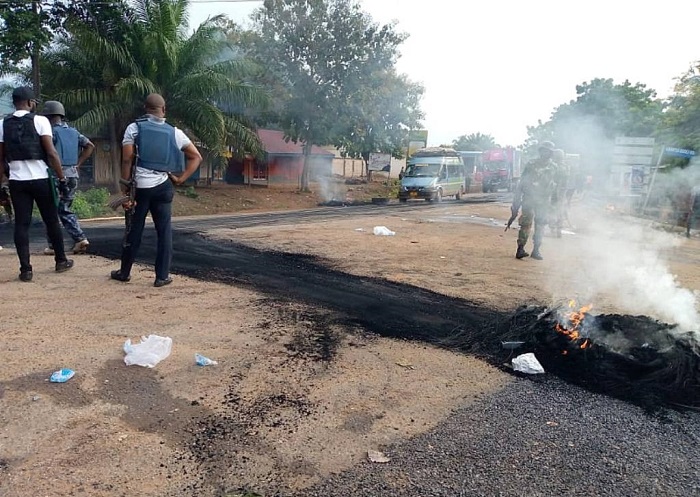 The Deputy Minister for Information Pius Enam Hadzide says the government has not reached a decision to impose a curfew on people of the Volta Region.

This follows calls by a section of the public for the government to impose a curfew on Voltarians after some violent attacks were carried out by a secessionist group.

The government held a high-level meeting on October 3, 20202 and Pius Hadzide revealed that all options are being considered by the government to get the matter resolved and reports that a curfew will be imposed on the people are not true.

"The House of Chiefs and the government delegation has agreed that talks will continue to resolve the matter, there are enough men on the grounds to deal with the issue. All options are under considering but no decision has been made on imposing a curfew yet".

Pius Hadzide also revealed that some sixty people have so far been arrested.

"Deployment of security personnel have been made to several areas in the Volta and Oti Region. So far 60 suspected criminals have been so far and fifty-four have been remanded and are been processed for court. The Volta Regional House of Chiefs have denounced the group and their activities currently and are committed to building a united Ghana".