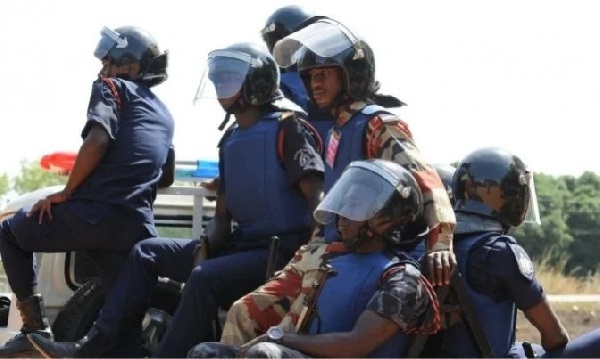 The protracted conflict between the Konkombas and Chokosis ethic groups has resurfaced again in the North East Region.

There was a recent clash that left about 1,028 people displaced and calm was restored but seems the situation has escalated again.

According to a resident who spoke to PrimeNewsGhana on anonymity, the last clash between the two factions left a Konkomba man dead.

His last funeral rite was being held on Saturday, May 18, 2019, in a village called Liwalbu while some Chokosis attacked Konkombas in Tinbu, one of the small villages.

Konkomba women in Tinbu raised an alarm and the men left Liwalbu and came to face the Chokosis which ended in a gunfight.

This went on for a long period until the situation died out. It is still not confirmed if there were any casualties.

Information gathered is that security in the area has been beefed up to curtail the situation.

The Chereponi District, a known hotspot in the region has very few police personnel and anytime there are trouble security forces always have to travel many hours on an extremely poor road to maintain calm.

The violence last year was resolved by the Regional Security Council and the tribes agreed to a ceasefire and agreed to unite.

More than 13 people, including a local chief, were arrested with weapons but later released without a charge.