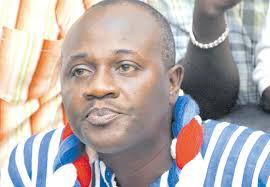 Former General Secretar of the Newp Patriotic Party (NPP) and now Member of Parliament for Okere in the Eastern region Dan Botwe was on Friday dawn robbed at gunpoint.

Mr Botwe was reportedly held hostage for about 45minutes by the attackers who made away with laptops, mobile phones and an undisclosed amount of money.

His security is currently being held by the Police who have started investigations into the attack, according to starrfmonline.