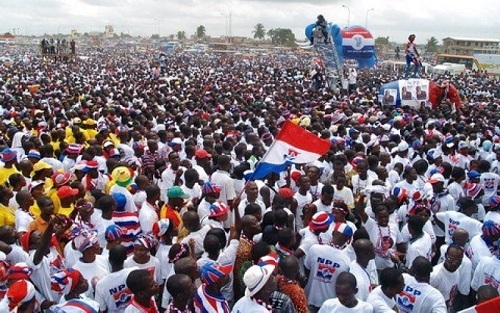 The New Patriotic Party has suspended the parliamentary primary in the Asante Akyem North Constituency in the Ashanti Region following a court injunction.

This comes after some of the delegates filed for the injunction arguing that their names have been removed from the register for the elections.

The incumbent Member of Parliament for the area, Andy Appiah Kubi is contesting the seat with Kwadwo Baah Agyemang.

Baah Agyemang is bent on snatching his seat back and the constituency has been labelled as one of the hotspots.

The National Organiser, Mr Sammy Awuku confirmed on Friday that the primary in the Asante Akyem constituency has been suspended following the court case.

In another related development, Lawyer Philip Addison who had his eye on the Akuapem North constituency seat has petitioned the party leadership after he was disqualified from contesting in the upcoming primaries.

In his petition, he is pleading with the party leadership of the party to revoke the decision.

Addison is best remembered for being the lead Counsel for the New Patriotic Party in the Election Petition case said contrary to claims of failing to “nurture the constituency”, he had “given assistance to the party for a long time stretching from the time of Lawyer W.O. Boafo and the previous executives to date.”

He has pleaded with the National Parliamentary Appeals Committee to investigate his disqualification and give him the green light to contest in the upcoming primaries slated for Saturday, June 20, 2020.

Mr. Addison said he has contributed his quota to the party, including handling legal cases for the NPP “pro-bono.”

“I have worked hard to enhance the image of the party in the Constituency. I have established a rapport with all the chiefs in the Constituency and within this short space of time I have endeared myself to a majority of the delegates and the electorate…I pray that the Committee will find my contributions to the party worthy of recognition.”

“I respectfully invite the Committee to look favourably on my petition, reverse the disqualification and allow me to contest the parliamentary primaries in the Akuapem North Constituency,”

Even the decision is revoked this will be Mr Addison's second attempt to become a parliamentarian.

Ahead of the 2016 general elections, Philip Addison emerged victorious in the NPP primaries to represent the party in the Klottey Korle constituency.

He, however, lost to the National Democratic Congress’ (NDC), Dr Zanetor Rawlings.