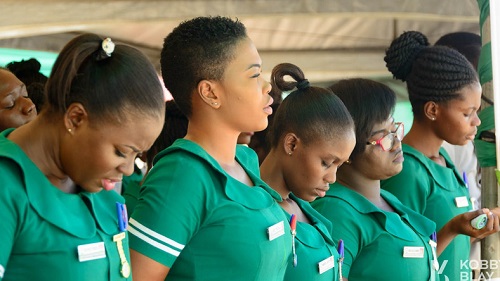 Some health officials have refused posting to Chereponi in the Northern Region of Ghana reducing the number of midwives and nurses in the area.

This follows last year's conflict that broke out in the area.

Many health workers had left and many posted to the area also refused to take up their postings.

The General Secretary of the Ghana Registered Nurses and Midwives Association in the District Ibrahim Nafah in an interview with Citi FM said they are appealing to the Ministry of Health and the Public Health Service to come to their aid by ensuring that the nurses and midwives sent to the district accept their posting.

He added that the significant drop in health officials is affecting healthcare delivery in the district.

"Our nurses and midwives were posted last year after the conflict was settled, and 34 of them were sent here and out of the 34 only 3 came and the information I had is that they have been reposted. Some of our colleagues also had to leave because of the conflict, some people were released from the district, some are on study leave and others are on maternal leave, these all led to a significant drop in the number of nurses in the district...."

The Chief of Army Staff, Major General Williams Ayamdo last year deployed more troops to the troubled areas of Chereponi and Saboba in the North East region in the aftermath of the violence that erupted there.

According to him, the troops stationed at vantage points in the area, are not enough to patrol all the communities; hence the decision to deploy more men.

This comes on the back of accusations on both sides of the divide that their safety is being compromised.

In an address in the area, he explained to residents that the uniformed personnel already on the ground were deployed to various locations based on need and impartially.

“From Wednesday, you will begin to see that we will bring more resources that are human and vehicles and spreading to communities. Because resources are not unlimited, it has an effect on how we operate and this is probably why you see the way we are deploying to some communities and you think we are taking soldiers but that is not the case.”

Major General Williams Ayamdo further urged opinion leaders to lodge complaints against officers they believe are treating locals unfairly in the discharge of their duty.

“If there is any matter that comes to your notice and you think that the soldiers are treating any part of your community unfairly, feel free to bring the matter to the fore so that we can investigate and deal with the people.”

The Konkombas and Chokosis renewed a longstanding clash that has claimed one life last week.

There have also been multiple arrests over recent clashes in the area as several properties have been destroyed.