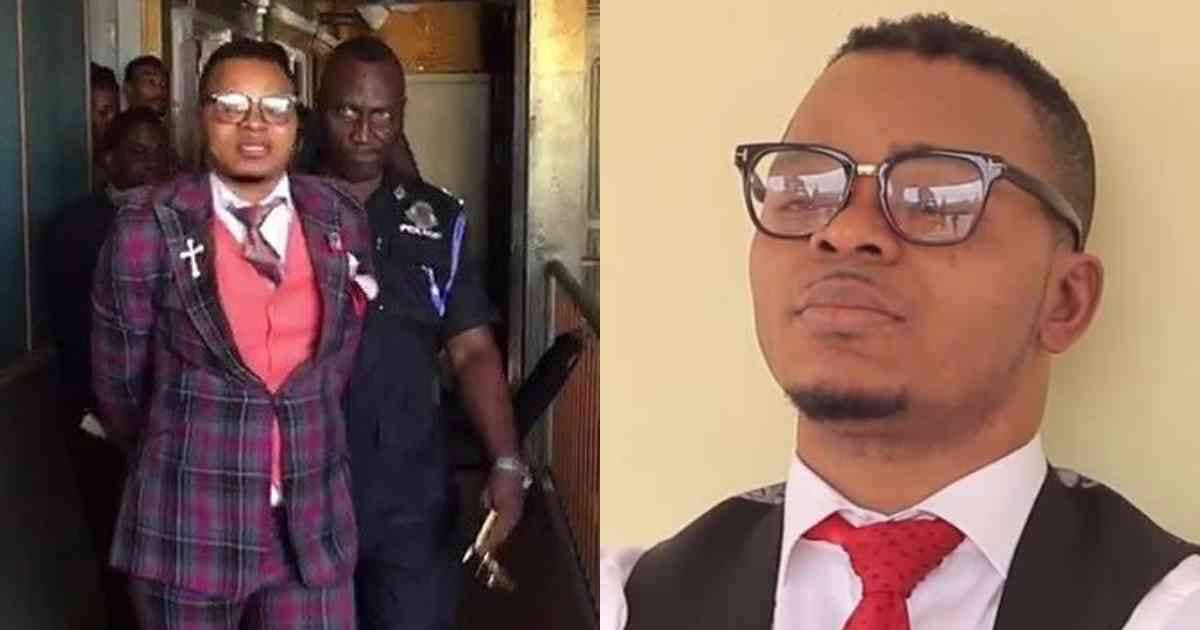 Head Pastor of the International God’s Way Church, Bishop Daniel Obinim is still in police custody after failing to meet his bail conditions.

He was arrested on Tuesday, May 19, 2020, and charged with the offences of publication of false news and forging of document contrary to the Criminal and Other Offences Act.

Obinim was subsequently granted bail in the sum of GHS100,000 with three sureties by an Accra Magistrate Court.

According to the Criminal Investigations Department of the Ghana Police Service, Obinim is expected to reappear in court on June 1 while being investigated for other offences levelled against him while.

Reports indicate that Bishop Obinim is yet to meet his bail requirements.

Obinim has been in the news for the past many weeks due to a consistent media attack by the Member of Parliament for Assin Central, Kennedy Agyapong on him over some alleged illegalities the religious leader has been involved him.

Kennedy Agyapong, through his Net TV and Oman FM platforms, has featured in shows dedicated to ‘exposing’ criminal activities including fraud Obinim is allegedly involved in.

In one of such shows, Kennedy Agyapong played voice recordings reportedly of Mr. Obinim threatening to produce a fake “wanted” notice and attribute it to the police in a bid to frustrate one of his former proteges.

Mr. Agyapong showed the said fake “wanted” notice and vowed to ensure that Obinim is arrested and prosecuted for that and other crimes including money laundering and fraud which he levelled against Obinim.

Obinim ill
Rumours were rife over the weekend that police stormed Obinim’s church to arrest him but he feigned sickness and was rushed to a hospital.

While it was true that Obinim had reported sick and hospitalized at a facility in Accra, the police had not attempted to arrest him, rather, the police had at that time only secured an arrest warrant for him.