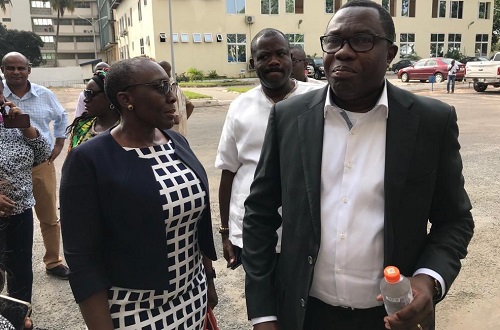 He was invited by the CID last Thursday in connection with an audio in circulation in which a voice alleged to be that of him is heard saying that the party deployed the Azorka boys to help protect its members during the Ayawaso by-election. 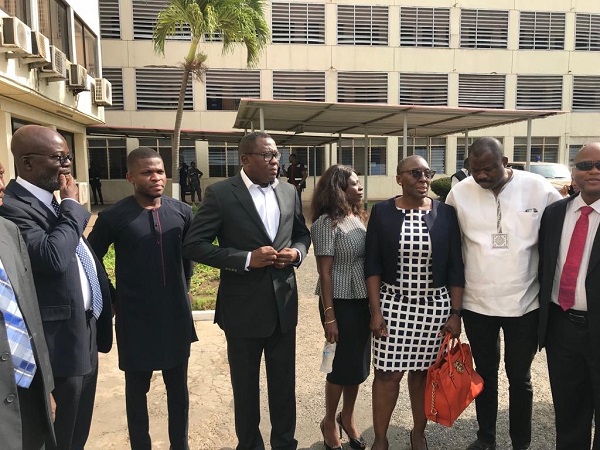 The recording also has a voice believed to be Mr Ampofo urging people to take the Chairperson of the Electoral Commission, Jean Adukwei Mensa to the 'cleaners'. The voice also endorsed verbal attacks on the National Peace Council Chairman, Reverend Emmanuel Asante. 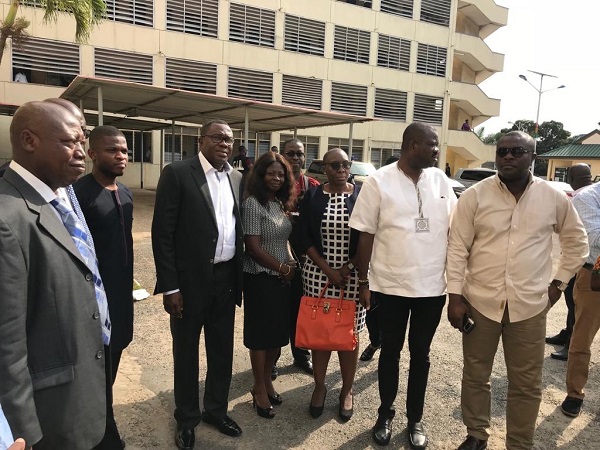 This development prompted the CID to invite him to the Police headquarters to assist in investigations.

He could not honour the invite last week as his lawyer Abraham Amaliba told journalists on Friday that his client (Samuel Ofosu Ampofo) is bereaved, adding that it would require some more time to honour the invitation.

He has however appeared before the CID today and he was accompanied by Sammy Gyamfi who is the Communications Director of the NDC and other party members.