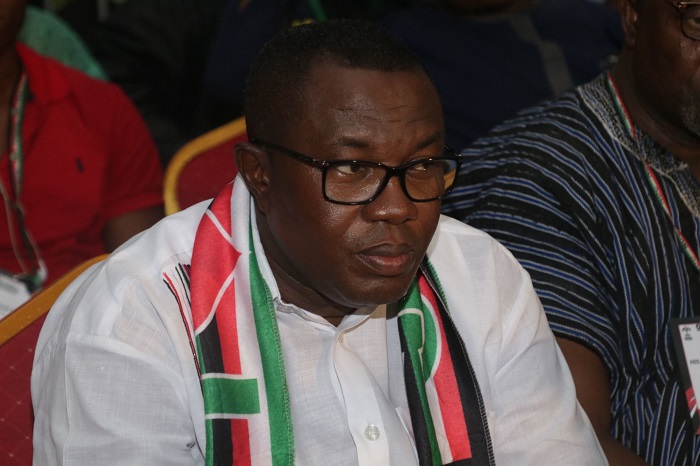 The defence lawyers for National Democratic Congress (NDC) National Chairman, Samuel Ofosu Ampofo have disputed the integrity of an audio recording played in court on October 16, 2020.

The said audio has landed Ofosu Ampofo in court and is facing trial.

He is standing trial together with Anthony Kwaku Boahen, a Deputy Communications Officer of the NDC, over an alleged leaked tape in which the NDC National Chairman allegedly incited violence against the Chairperson of the Electoral Commission (EC), Jean Mensa, and the Chairman of the National Peace Council (NPC), Rev. Prof. Emmanuel Asante.

Police investigators insist that the comments are injurious to national security.

The defence lawyers however contended that the said audio recording had been prematurely truncated.

Mr. Tony Lithur, who is the lead Counsel for the NDC Chairman, told the court that a transcript of the said audio recording showed more detail than was played in court.

The State was however unable to sift through a pile of flash drives to identify the relevant recording.

The court presided over by Justice Samuel Asiedu of the Appeal Court, adjourned the case to the 19th and 20th of November to enable the Prosecution and Defence lawyers to reconcile the audio recordings and the transcripts.