Okudzeto Ablakwa's resignation was based on conviction and principle - Prof Gyampo 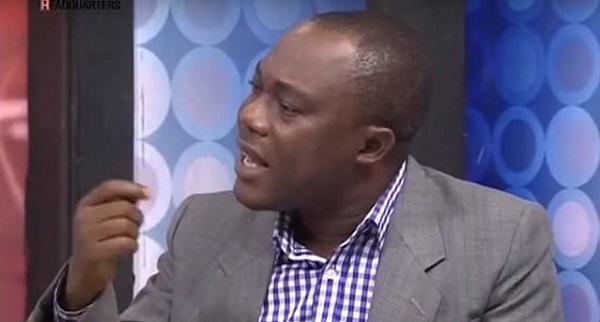 Ablakwa made known in his resignation in a letter dated March 30 to Speaker Alban Kingsford Bagbin, explaining his decision was “after days of careful reflection and thoughtful considerations.”

READ ALSO: Chaos in NDC is a result of leadership failure and betrayal - Prof Gyampo

Though he cited no reason, this has been linked to some concerns raised over the NDC leadership’s role in acting contrary to the party’s agreement on decision making in the Parliament, with the approval of Finance Minister, Ken Ofori-Atta being recent.

Prof Gyampo speaking on Joy FM's Newsfile said politicians do not abide by principles but Mr Ablakwa showed that and resigned for the betterment of the nation.

"I have lots of respect for Okudzeto Ablakwa for the decision he has taken because he was my student and because of our relationship I had a conversation with him. He told me, they had agreed on certain things but they turned around and did something without any explanation. It creates an impression that they are involved in some unholy politics or some strange things. This tunes people's minds to what some allege. It appears that our politicians have no conviction and principles and so they do anything that pleases them but what Okudzeto did to me shows he acted purely on conviction and principle. We need to commend him".