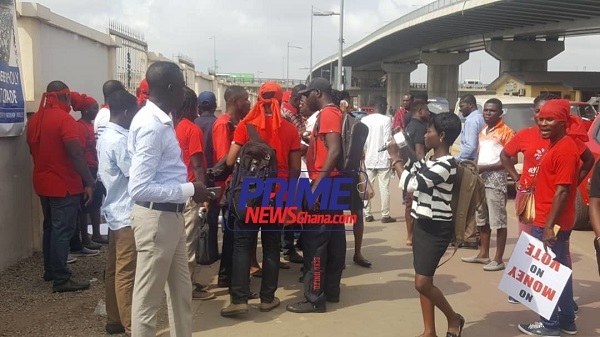 Police in the Greater Accra Region has turned down a request by aggrieved customers of Menzgold to stage a protest march to the Presidency over their locked up investment.

The group had written to the police requesting their permission to march to the Jubilee House to present a petition to President Akufo-Addo.

They say they are concentrating on the fight against robbery and other violent crimes and as a result can't accept any form of demonstration, picketing and walking during this period.

The Police also said the group has in less than six months demonstrated on the same issue and as such will not tolerate any further demonstration and other citizens must also have their interest served by the police.

However, the Menzgold customers disagree with the Police and have sort legal education on the matter.

The aggrieved Menzgold customers last month stormed the premises of CEO of the firm Nana Appiah Mensah aka NAM1.

The customers forced their way into the Trasacco estate of NAM1 in demand of their locked up investments.

The customers were initially prevented from entering the premises but managed to overpower the security personnel manning the gate.

The Police quickly rushed to the scene and arrested over 100 customers and were sent to Police Headquarters.