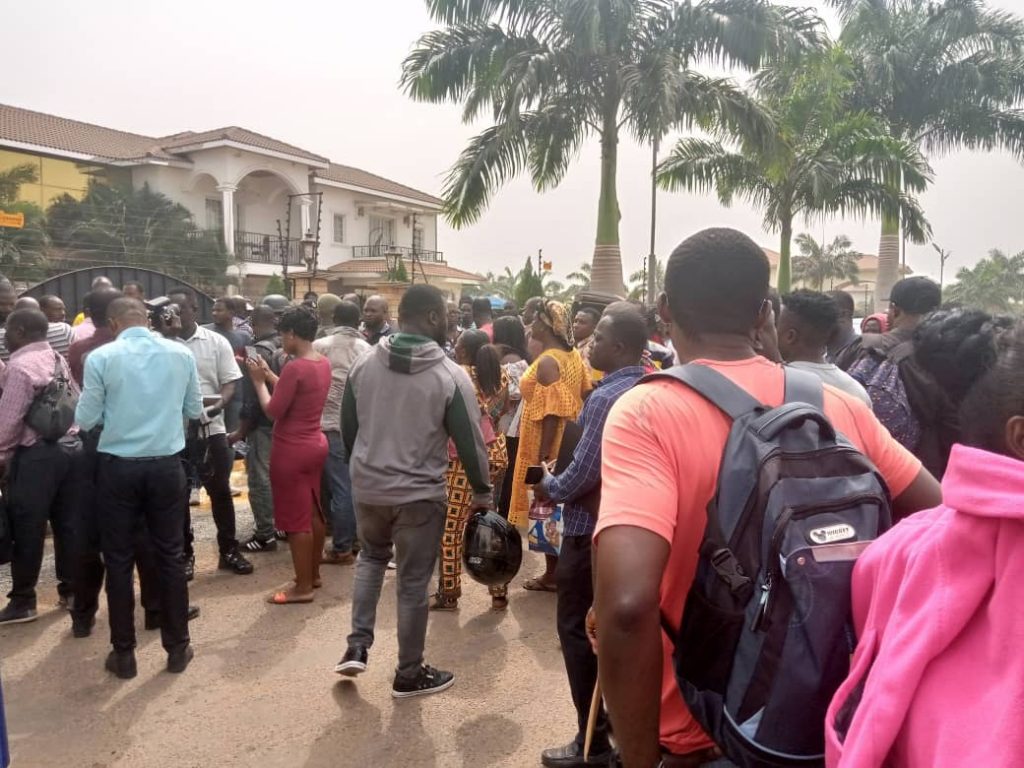 The Greater Accra Regional Police Command has arrested over 100 customers of Menzgold who stormed the house of the company's Chief Executive Nana Appiah Mensah, NAM1.

The Head of Operations at the Accra Regional Police Command, Assistant Commissioner of Police (ACP) Kwesi Ofori briefing the media said the customers did not inform the police of the exercise.

Explaining reasons for the arrest, he said, "......this group of persons did not inform the police that they will be embarking on a demonstration today, no information to the police and we all know that we leave in a democratic country with rules, regulations and laws, we have the Public Order Act and looking at the law it mandates every citizen to inform the police with any intention to demonstrate.......and looking at this environment it is an estate meant for several people and for the customers to invade premises and assaulting the security detail of the estate and having forced entry into the place to carry such an illegal exercise that has something to do with the police.."

READ ASLO :  "No payment has been made to us" - Menzgold customers cry out

The arrested customers who are from Takwa, Accra and Kumasi are being sent to the Police Headquarters.

Some aggrieved customers of gold dealership firm, Menzgold this morning stormed the house of the Chief Executive of the company, Nana Appiah Mensah, NAM1.

The customers forced their way into the trasacco estate of NAM1 in demand of their locked up investments.

The customers were initially prevented from entering the premises but managed to overpower the security personnel manning the gate.

They have vowed not to leave the house if NAM1 fails to meet them.

"Until he pays me I will never leave here, today if NAM1 do not pay me unless he pays and if he pays i will leave here."

Another aggrieved customer speaking to Citi FM said, " I'm going to spend the 365 days here until I get my money I will spend all the days here, I'm not going to leave here."