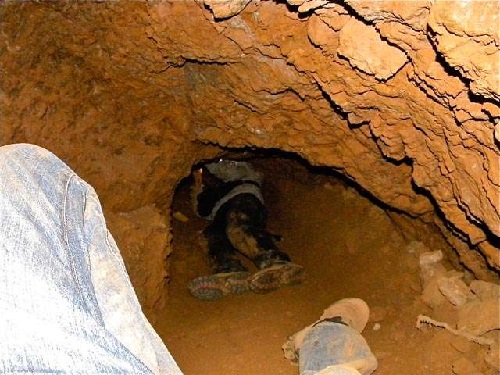 At least 14 illegal miners have reportedly been buried alive in a galamsey pit at Prestea-Nsuta in the Western Region.

A total of 19 miners were said to have been trapped in the pit yesterday July 2, after a massive downpour in the area.

According to Nsuta District Police commander, Superintendent Atsu Dzinaku, Only five of the miners were able to come out of the collapsed pit. It uncertain if the 14 trapped victims are still alive, but their chances of surviving are grim. A team is at the area to begin rescue efforts.

“We visited the site and the information we gathered through the Committee Chairman was that 14 were dead. We are trying to retrieve the bodies. There were a few survivors". he told citi news

He added that those who escaped death were the eyewitnesses who briefed  them on exactly what happened.

Meanwhile the Police have started interrogating two of the survivors for establish why they flouted a government moratorium on small scale mining activities in Ghana.