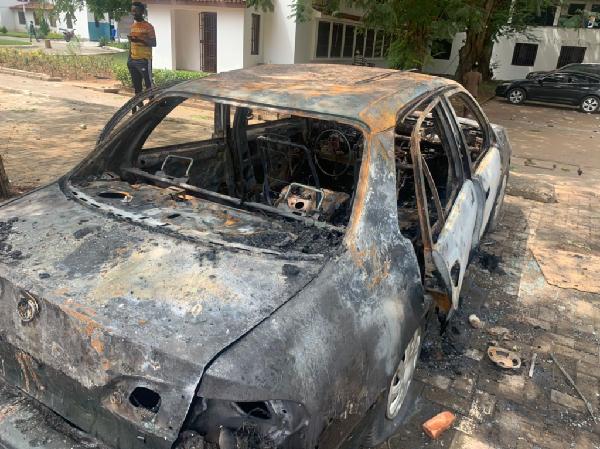 SRC President of the University of Ghana, Prince Asumadu has condemned the riot that ensured on Friday night between the Commonwealth and John Mensah Sarbah halls.

According to him, no one is going to be shielded as the SRC have joined forces with the security agencies to help punish those who took part in the act.

"So far the appropriate quaters together with the SRC and the securtity services have team up and we are going ensure that all the pepetrators that were involved clash will be punish for the first time," he told Joy News.

He added that the clash has left some students injured while properties have also been destroyed.

An inter-hall fight ensued between the residents of the Commonwealth and John Mensah Sarbah halls of the University of Ghana last night.

As part of the festivities, the residents of the hall went on a procession, what is referred to in local parlance as ‘Jama’.

Somehow, one of them strayed to the Commonwealth Hall, he was beaten up and his phone taken away.

The beaten Viking is said to have returned to his hall of residence to report the incident. His colleagues then followed him to the Commonwealth Hall and a fight ensued.

In the process, a vehicle parked at the Mensah Sarbah Hall car park was set ablaze.

Residents of Commonwealth Hall of the University are otherwise known as Vandals and Sarbah Hall residents are also called Vikings.

Reports say it took the timely intervention of the Police to quell the riot.