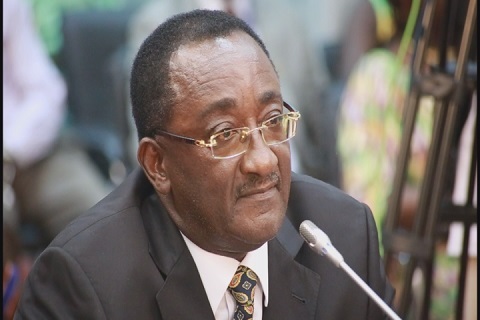 The National Democratic Congress (NDC) in the Savanna Region has called on the Minister of Agriculture, Dr Owusu Afriyie Akoto, to apologise and retract certain comments he made which they deem insulting to persons from the northern part of Ghana.

According to the party, Dr Afriyie Akoto sought to suggest in an interview on Joy TV on Wednesday, 30 October 2019, that government’s flagship Planting for Food and Jobs (PFJ) programme has benefitted people of the north to the extent that not only are they now financially-elevated to buy themselves motorbikes, but also build cement houses and roof them with modern building materials.

“We find these false statements very insulting and grossly disrespectful to us – indigenes of the northern parts of the country, and as such, we give the Minister of Food and Agriculture, Dr Owusu Afriyie Akoto an ultimatum of 24 hours to retract and apologise for the denigration or face the consequences

Debunking claims by the minister that the PFJ programme has been a success and yielding positive returns, Mr Basintale argued that “farmers now cry” over “high prices of raw materials”, which, according to him, are “causing an increase in prices of commodities at the market centres” and “affecting both sellers and buyers”.

Also, he noted, the importation of rice, alone, has “risen from about $500 million in 2016 to more than $1.1billion in 2018” while the “dollar rate is still on a marathon rise amidst huge ‘ghost’ exportation of food”.

The statement further challenged the minister to point to one farmer in the north who has been successful as a result of participating in the PFJ programme and has gained monetary returns in order to build cement and block houses with modern roofs, in addition to the purchase of motorbikes as he alleged.

READ ALSO: Planting for Food & jobs: Standard of living has improved in the North - Agric Minister

“Failure to do so, we call for his outright dismissal and demand an unqualified apology from the government for the misconduct,” the statement added.