Planting for food & jobs : Standard of living has improved in the North - Agric Minister 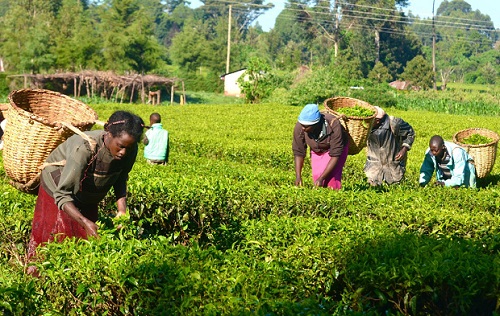 Planting for food & jobs : Standard of living has improved in the North - Agric Minister

The Minister for Agriculture, Mr Owusu Afriyie-Akoto, says the Planting for Food and Jobs programme has improved the standards of living of people in the northern part of the country.

According to him, the rural communities along the route from Kumasi to Wa in the Upper West region are a perfect embodiment of the change in the northern part of Ghana.

''Communities are shining with metal roofs where there used to be thatch roofs and the mud houses in those areas were also being replaced with building from cement blocks''.

Dr Afriyie–Akoto added that residents are riding motorbikes all over as well, and it is all coming from the Planting for Food and Jobs programme.

Mr Afriyie Akoto also said that the government plans to "transform the Savannah region” with cashew crop under the Planting for Food and Jobs.

The crop, he says, is the new cocoa for the region, alluding to its lucrative nature.

The Minister further indicated that 900,000 jobs have been created since 2017 from the flagship programme. Adding to that he said government anticipates more success in the programme, more hands would be needed, which means more jobs.

The Planting for Food and Job Campaign a policy introduced by the Akufo-Addo administration to help address the declining growth of Ghana’s agricultural sector.

The policy is a five-year-long geared towards increasing food production and ensuring food security for the country as well as reduce food import bills to the barest minimum.

Planting for Food and Jobs is also an avenue to modernize agriculture and make it a source of employment for the teeming youths.