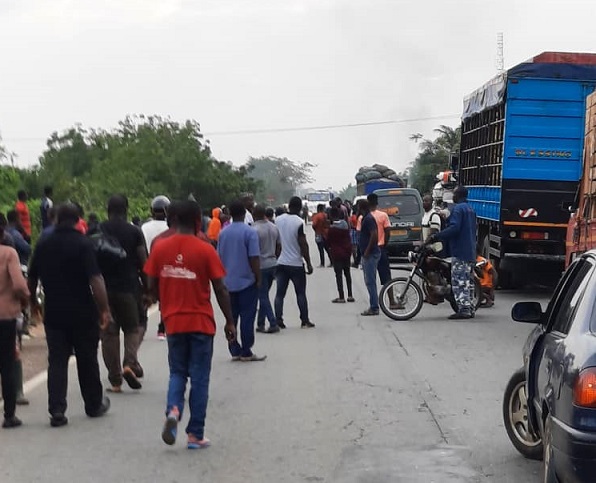 The police say those travelling from Accra to Ho, Aveyime, Adidome, Mepe, Akuse, Sogakope, and Aflao must be cautious after the secessionist group, Homeland Study Foundation blocked several roads and entries.

The Police in a tweet said: “Good morning Ghana, commuters to and from Accra to Ho, Aveyime, Adidome, Mepe, Akuse, Sogakope and Aflao are likely to experience traffic due to security operations within those areas.”

“Anybody travelling on any of those roads should exercise caution,”

Reports indicate that the group have clashed with some police personnel and are calling on the government to declare them independent or they will cause more destruction.