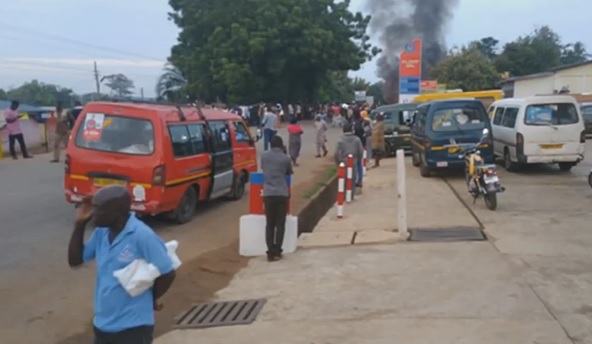 Volta Regional Minister Dr Archibald Letsa says residents of the region are embarrassed by the activities of the Homeland Study Group Foundation (HSGF), a successionist group.

The group are demanding the independence of Western Togoland and have today September 25, 2020, blocked roads and entry points to the Volta Region.

Mr Letsa says most people in the Volta Region do not support the activities of the group and have continuously expressed disappointment with what they set out to do.

"We have a situation we are trying to deal with, it is critical. The situation is complex and we are putting all measures in place to clear the roads, we appeal to those stuck in traffic to be patient because we are working around the clock. The majority of people in the Volta Region, about 98% of the people don't support what is going on. Many people in the Volta Region are embarrassed by the activities of these people."

Reports indicate that the group have clashed with some police personnel and are calling on the government to declare them independent or they will cause more destruction.

Mr Charles K. Kudzordzi, the leader of the group had in the past been arrested but was discharged by an Accra high court.

The group planned to declare Volta, Oti and North East regions as independent state on May 19, 2019.