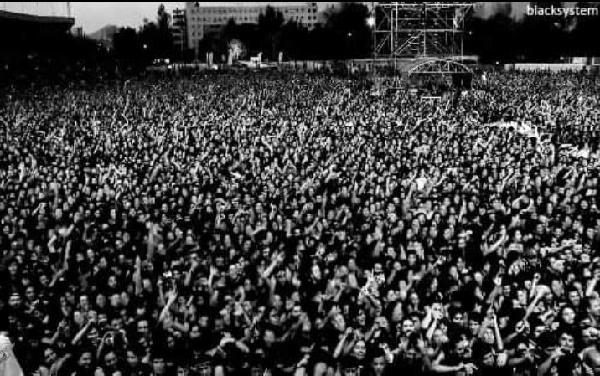 Police arrested 42 suspects during the Ashiaman to the World concert held on September 3, 2022 at the Saka Saka park in Ashiaman in the Greater Accra Region.

The suspects who are being held for various offences, attacked some of the funs with toy guns, cutlasses, knives, scissors and other offensive weapons at different locations towards the end of the concert.

"Items retrieved from them include 2 Toy pistols, 10 mobile phones, 5 cutlasses, 5 jack knives, 3 Pairs of scissors, 1 wig and a tablet.

All the suspects will be taken through the due process of the law, a police statement said.

Relatedly, the ‘love affair’ between Stonebwoy and Shatta wale seems to intensify each passing day as the two put up a spectacular performance at Stonebwoy’s concert held in Ashaiman.

The two Dancehall artistes at the just ended ‘Ashaiman to the World’ concert, performed together and sang each other’s songs on stage as the crowd cheered on in much excitement.

Shatta’s possibility of mounting Stonebwoy’s stage for the second time became questionable after the two were at each other’s throat during the 2019 edition of the Vodafone Ghana Music Awards amidst other major altercations.

Although Ghanaians have been expectant of this event, little did they think, they were going to witness it this early.