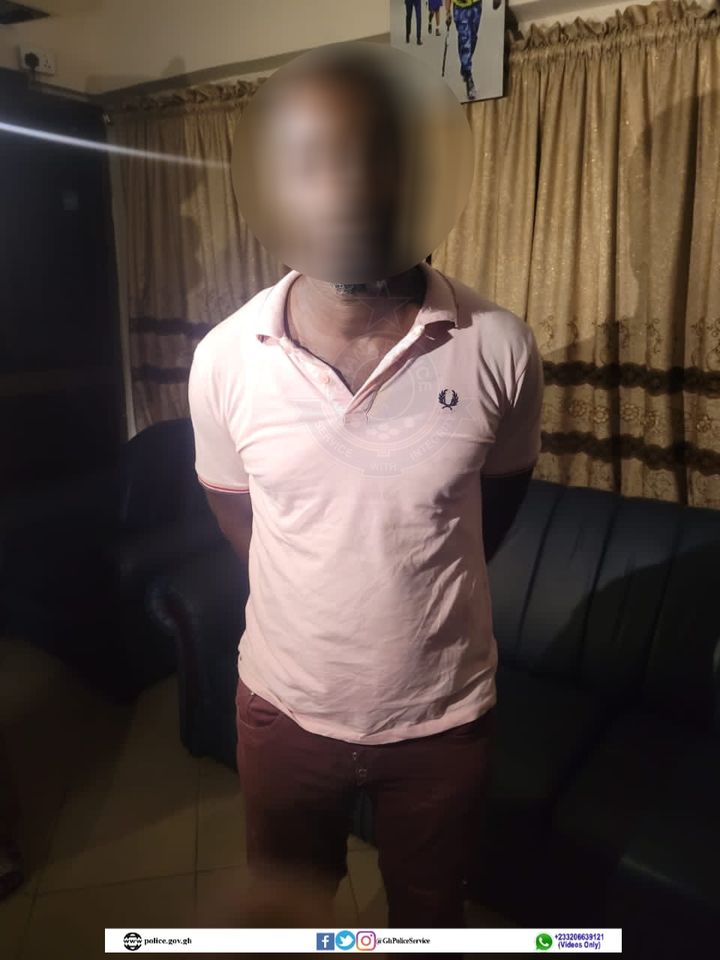 A herbalist in Oyibi in the Greater Accra Region, Nana Adu-Boafo, has caused the arrest of a 42-year-old man, Evans Oppong, a resident of Fise, near Amasaman for offering to have his 11-year-old daughter killed for money rituals.

The herbalist, who circulated the videos online said: “The girl’s father came to see me, he told me he just landed in the country after staying overseas for a while, and it hasn’t been easy for him. He told me he is a father of 12 and is offering two of them for money rituals. He offered me GHS 10,000 and other good surprises when the job is done. Sadly, he had just picked the daughter up during school hours and told her he was going to get her a new dress.”

“Yes, I am a herbalist, but I am also a military man. I am very disciplined. I don’t engage in any sinister activities. I want to prove to the world that herbalists are not as evil as they are painted. We are not killers as is portrayed in movies, we are healers. I have the little girl he brought for me to kill.”

The little girl who was seen sitting in the herbalist’s room gave her father’s name as Evans Oppong.

The herbalist, Nana Adu-Boafo indicated that the suspect has been handed over to the police.

Meanwhile, the herbalist apologized for capturing the girl’s face in the video that has gone viral.

In a Facebook post, he said “I am very sorry for showing the girl’s face in the video. At that particular moment of recording, I was totally possessed because I was working before he arrived with his daughter and I couldn’t even control myself and tears.”

“I recorded everything for evidence since my kingmakers were not home with me, forgive me. Please forgive me.
I will assist the girl to grow well without the trauma of this scene. I will help her, trust me,” he added.

Police in a statement said the victim is currently in its custody assisting with investigations “while efforts are being made to reunite her with her mother and the rest of the family.”

They also commended the herbalist for his “selfless service that has saved the life of the child involved.” 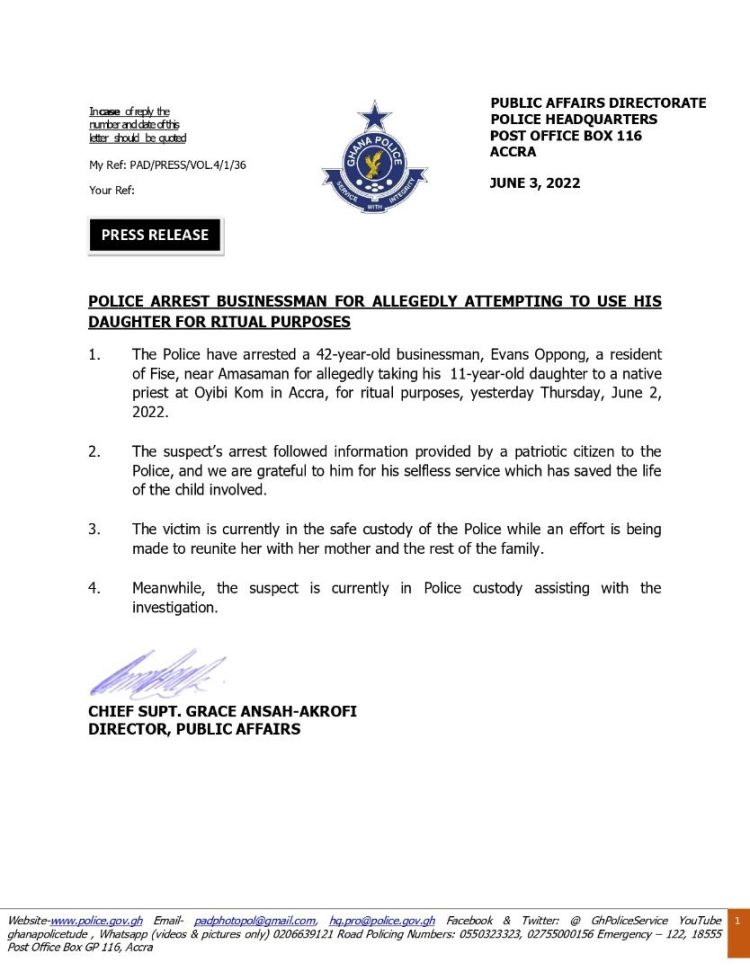