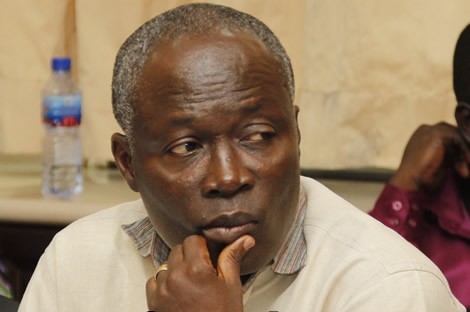 The Member of Parliament for the Odododiodoo Constituency, Edwin Nii Lante Vanderpuye says the police in his constituency are impotent and incapable.

He says he was not surprised how things turned out between supporters of the National Democratic Congress (NDC) and the New Patriotic Party (NPP).

Supporters of the New Patriotic Party and National Democratic Congress on Sunday, October 25, 2020, clashed at Jamestown in the Odododiodoo constituency.

Vanderpuye says the police have failed to act on numerous violent activities perpetrated by some youth belonging to the governing New Patriotic Party (NPP) in the community.

He says for peace to prevail in the community the police must act swiftly.

“I was personally beaten very well and soundly by them and nothing has been done. Nobody has been arrested and no one has even been called to assist with investigations.”

“So if all these will end, the police must be seen to be acting. The police in my constituency are impotent and are incapable of handling the situation because the boys always claim that there is somebody at the top who will also defend them and also ask the police to release them,” he said in an interview with Citi News.

15 persons were wounded following the attack in one of the Greater Accra Region’s known hotspots.

The incident occurred while some NDC members were embarking on a campaign walk on Sunday morning.

Videos in circulation show some persons in party colours throwing stones, bottles, and other projectiles on a street at each other.

The fighting was concentrated on the Atta Mills Highway at a junction called One Way.