Politics is a hindrance to Ghana's housing development - Asenso Boakye 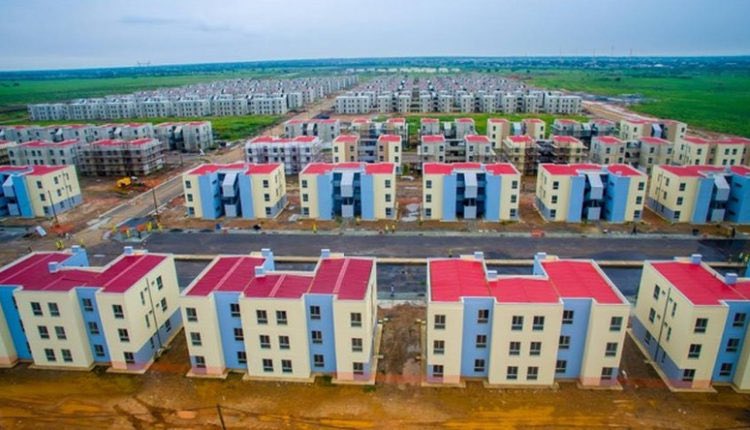 The Minister of Works and Housing, Francis Asenso Boakye says Ghana's housing development should not be handled by politicians.

His comments come on the back of backlash and agitation expressed by many who believe the Saglemi housing project is been left to deteriorate.

Mr. Asenso believes the status quo of leaving politicians in charge of affordable housing projects has worsened the housing deficit.

The government has come under strict scrutiny over the failure to operationalise the over 1,000 housing units completed as of 2016.

But the sector minister believes that the current challenges could have been avoided if a National Housing Authority which his ministry is proposing as a solution to the many challenges facing affordable housing projects initiated by the state is in place.

“In doing all that we intend to do, we also believe that there is a huge institutional gap in housing deliberation in this country. I don’t believe in putting housing development in the hands of politicians because I believe that it’s a technical job. The reason why you don’t put housing projects in the hands of politicians is to ensure that we can ensure continuity in addressing housing problems. If you are not lucky and find an unscrupulous politician in office, the end result is what we have at Saglemi.”

“Project failure is what you will experience, and it will not be properly thought through and the implementation will not go well and corruption will be the order of the day. That is all Saglemi is all about.”

“In the case of affordable housing, in recent times the first major affordable housing was started by President Kufuor. He didn’t finish the projects before he left office. It was expected that the succeeding government will continue it out of goodwill and even in response to the constitution, but it rather went to do a new project bypass at Kpone, where one of the affordance housing projects was and went miles away just for political consideration. This project was designed in Saglemi and a lot of things were not considered.”

The first phase of the Saglemi housing project has 1,500 housing units and was commissioned by John Mahama in 2016 but has been left unused.

The project, which was intended to reduce the country’s massive housing deficit is seated on a 300-acre land with one to three-bedroom apartments for low-income earners.

The $200 million project was initially for 5,000 housing projects.

In 2018, the then Minister for Works and Housing, Samuel Atta Akyea invited the Attorney-General to scrutinize the agreements.

There were reports that key contract documents were missing or had inconsistencies.

The government believed there was a misappropriation of funds in the project, resulting in shoddy work.

Mr. Atta Akyea had accused a former Works and Housing Minister, Collins Dauda, of altering the original agreement for the Saglemi housing project without recourse to Parliament.

He claimed that after Parliament passed the agreement in October 2012 for the construction of 5,000 housing units, the then minister reviewed the contract scaling down the number of units to some 1,500 units and later to 1,024 units after another review in 2016.

The first phase of the project, with 1,500 housing units, which was commissioned by John Mahama in 2016 have been left unused.

The project, which was intended to reduce the country’s massive housing deficit is seated on a 300-acre land with one to three-bedroom apartments for low-income earners.