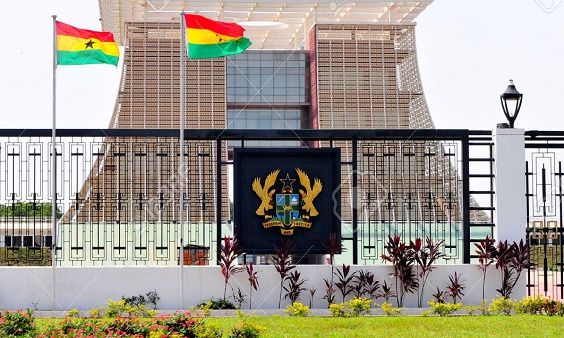 Director of Communications at the Presidency says the government will not release any statement on Martin Amidu's resignation again.

"The President is focused on delivering on his mandate, and securing #4MoreToDoMore on 7th December."

President Akufo-Addo in a letter responded to claims by the past Special Prosecutor, Martin Amidu concerning his work on the controversial Agyapa Royalties report.

The Presidency in the letter on November 17, 2020, countered the allegations made by Mr Amidu in his resignation letter.

Among other things for which Mr. Amidu resigned, he cited interference by the government conducting a corruption risk assessment on the controversial Agyapa Mineral Royalties deal.

He said the reaction he received for daring to produce the Agyapa Royalties Limited Transactions anti-corruption report convinced him beyond any reasonable doubt that he was not intended to exercise any independence as the Special Prosecutor in the prevention, investigation, prosecution, and recovery of assets of corruption insisting that his position as the Special Prosecutor has consequently become clearly untenable.

But Nana Addo clarified that, at the meeting of 1 November 2020, he duly delivered to the Special Prosecutor the response of the Ministry of Finance to the allegations contained in the Agyapa Report but in what he described as a rather “dramatic turnaround”, Martin Amidu refused to accept the comments of the Ministry of Finance a situation he described as disturbing.