Prez. Akufo-Addo to address Ghanaians ahead of voters registration exercise 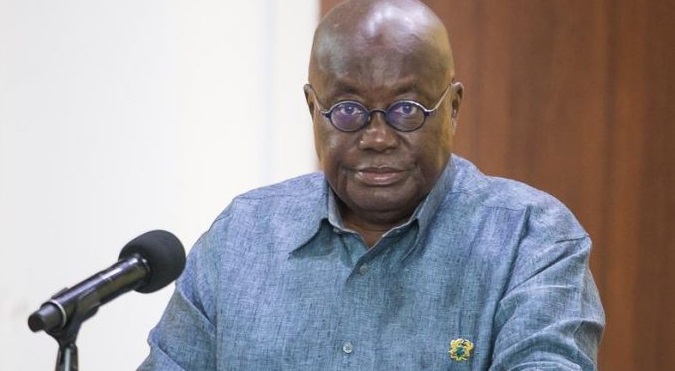 The Director of Communications at the Presidency, Eugene Arhin has announced that President Akufo-Addo will today June 29, 2020 address the nation ahead of the compilation of a new voters’ register.

Mr Arhin made this known in a post on Facebook but did not state the time for the address.

“The President of the Republic, Nana Addo Dankwa Akufo-Addo, will on Monday address the nation, ahead of the commencement of Tuesday’s voter registration exercise. The time for the address will be communicated in the course of the day,” he noted.

The EC will begin the compilation of the new voters’ register on Tuesday, June 30, 2020 after the Supreme Court gave them the green light.

Based on the ruling of the Supreme Court last week, only a Ghanaian passport or Ghana Card will be admitted as proof of identification for the registration.

Over the weekend, the Electoral Commission (EC) released the list of centres for the planned voter registration exercise.

The compilation of the new voters register has been met with fierce opposition from the NDC and other civil society organization.

The National Democratic Congress (NDC), believes this is being skewed in a way that will disenfranchise many Ghanaians.

The party had wanted the EC to admit the current voters’ ID as part of the documents to prove one’s identity as a Ghanaian for the registration, but a court ruling did not grant them that relief when they took the matter to court.

Ashaiman Member of Parliament, Ernest Norgbey will today June 29, 2020 make a last-minute request to a High Court to stop the Electoral Commission from compiling a new voters register.