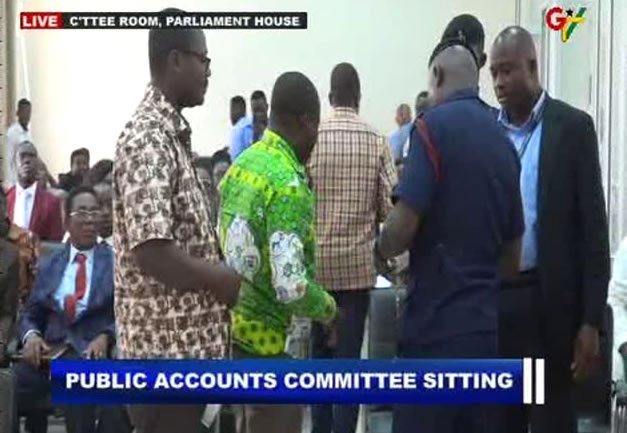 Parliament's Public Accounts Committee has cautioned public officials who appear before the committee against misconducting themselves.

The Public Accounts Committee said the misconduct can get them behind bars.

Member of the Committee and NPP MP for Mpohor Alex Agyekum speaking to Joy FM after the arrest of two account officers at the committee's hearing said the committee is committed to bringing public officials who misused public funds to book.

Isaac Akowuah and James Essilfie, who are both current and former finance officers from the Sefwi Akontombra District Assembly have been charged with forgery.

Both were sent to the Parliament Police Station where they were charged with forgery but have been granted bail.

They spent close to six hours at the police station writing their statements.

This development came about after the Chairman of the Committee Mr Avedzi was unimpressed with what he believed was a deliberate attempt by the finance officers to keep some payment vouchers from them and found that the two were in contempt of the Committee.

Mr. Avedzi also noted that most of the payment vouchers that were eventually submitted to the Committee did not correspond with the current receipts and had different reasons stated for spending, following a check.

Although the two finance officers tried to explain the reason behind the mix-up, the Chairman asked for them to be whisked away for interrogation by the Police.

PAC on Monday, January 13, began working on the Auditor-General’s 2016 report with some representatives from Metropolitan, Municipal and District Assemblies (MMDAs) in Greater Accra, Western and Volta Regions already appearing to defend their spending.