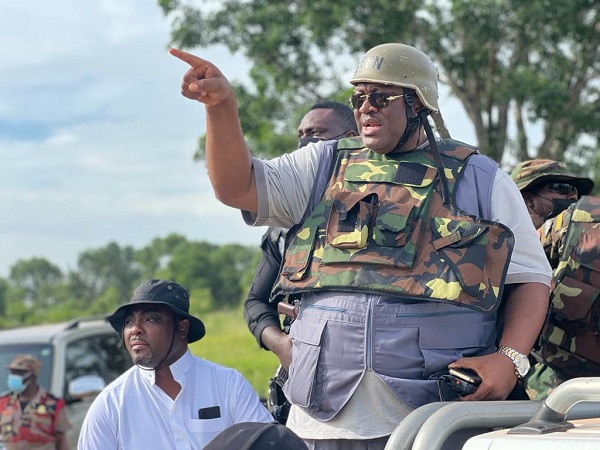 The Greater Accra Regional Minister, Henry Quartey has directed homeowners to halt all construction in Sakumono Ramsar site while the key stakeholders hold discussions on the regularization of the over 4,000 homes that have been developed at the site by encroachers.

According to him, failure to adhere to the directive will see Regional Coordinating Council and its partners moving in to pull down buildings that have been marked within the core zones as well as the buffer of the site.

“I want to say here and now that not a single completed building will be demolished,” he said during a stakeholders forum organized by the Greater Accra Regional Security Council (REGSEC) on November 24.

“But if construction goes on for the next three weeks while we go through the processes, I can assure you that we will pull down buildings that have been marked within the core zones and the buffer in addition to those being constructed,” Mr Quartey warned.

The meeting was aimed at discussing modalities for a roadmap on the regularisation of some 4,000 homes that have been identified to be out of the core zones as well as what to do with those within the core zones.

Mr. Quartey revealed that the Government had been struggling to get 15 acres of land in the community for the development of a hospital project under the Agenda 111 hospital projects of which will have been a beneficiary of all.

“I can see very learned people, people of prominence and important people in society gathered here giving an indication of the profile of the people who have carried out the illegal developments at the site and I fear efforts by successive governments to put in place flood prevention mechanisms were being defeated,” he said.

The Greater Accra Regional Security Council was scheduled to demolish all structures on the Ramsar site after fence walls in the core zones of the site were earlier pulled down in October.

A team was tasked to take an inventory of the number of houses illegally constructed on the Sakumo Ramsar site to allow for the second phase of the demolition.

However, the Minister says this has been put on hold.

The 1,200 acres of the Sakumono Ramsar site hold thousands of gallons of water each year to prevent flooding in the surrounding communities.

But this is now under threat due to massive encroachment on the land.