Senchi boat accident : 4 dead, one missing on their way from church 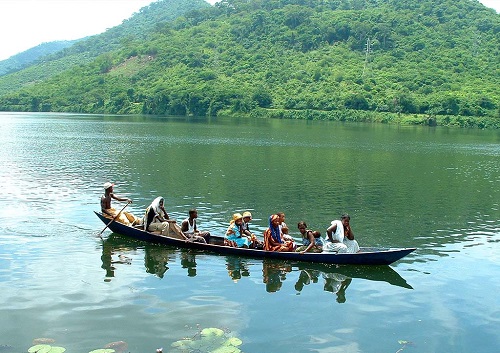 Four people have been confirmed dead by the National Disaster Management Organisation (NADMO) from Saturday's boat accident on the Volta Lake.

According to Selasie Desawu, the Eastern Regional Public Relations Officer of NADMO, six occupants on the boat were rescued and a search is ongoing to find one missing person.

The canoe which capsized was said to be carrying 11 people, said to be church members who were from Senchi to old Akrade in the Asuogyaman district of the Eastern Region on Saturday, August 3, 2019.

Speaking to Citi FM, the NADMO spokesperson said six victims were immediately rescued. The victims were said to be returning from a church programme Saturday afternoon when the accident occurred.

“We have confirmed reports of a capsized boat on the Volta River, precisely in the Asuogyaman district. Reports have it that the boat had eleven occupants and was travelling from Senchi to New Akrade. Currently, we have it that six of the occupants have been rescued. Four of the bodies have been recovered and there is a search ongoing to find the extra one person left…Officers are working hard to uncover the cause of the situation.”

Fishermen in the area are the ones who responded and rescued the six and retrieved the four bodies.