The SIM Card registration Self-Service Application (App) has been released.

The App is intended for subscribers who have done Stage 1 of their SIM card registration to complete Stage 2, a statement issued by the National Communications Authority (NCA) said on Friday, August 26.

The App called ‘GH SIM SELF REG’, is currently available for downloads on google play store, the statement added.

It will be available on the Apple Store soon, the NCA said.

The decision to introduce the App was announced by Minister of Communications and Digitalization, Ursula Owusu-Ekuful.

In announcing an extension of the deadline in re-registering SIM cards on Sunday, July 31 she said “The SIM Registration App will be available for download on both android and IOS this week barring any unforeseen circumstances.

“Each registration via the app will be subject to a 5 cedi surcharge.” 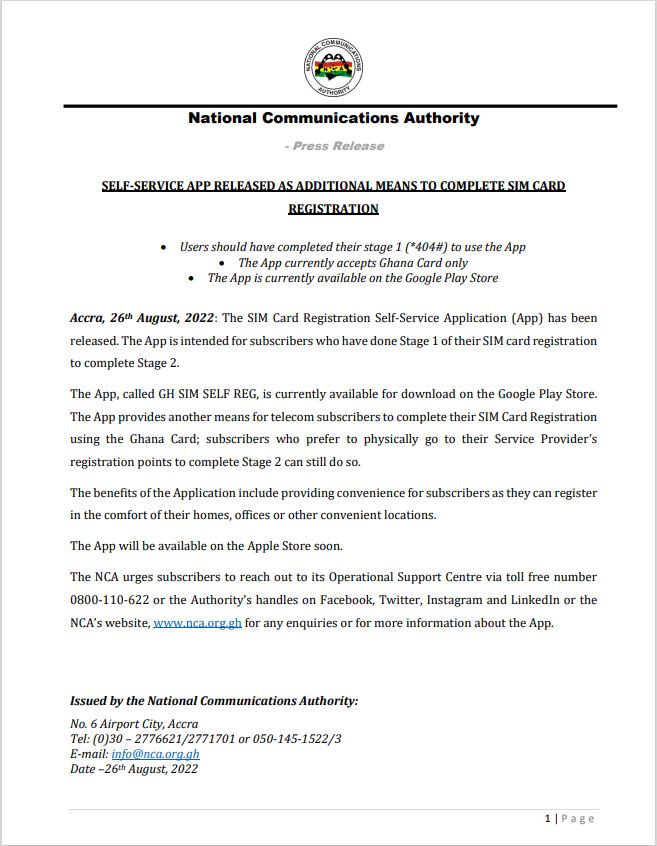 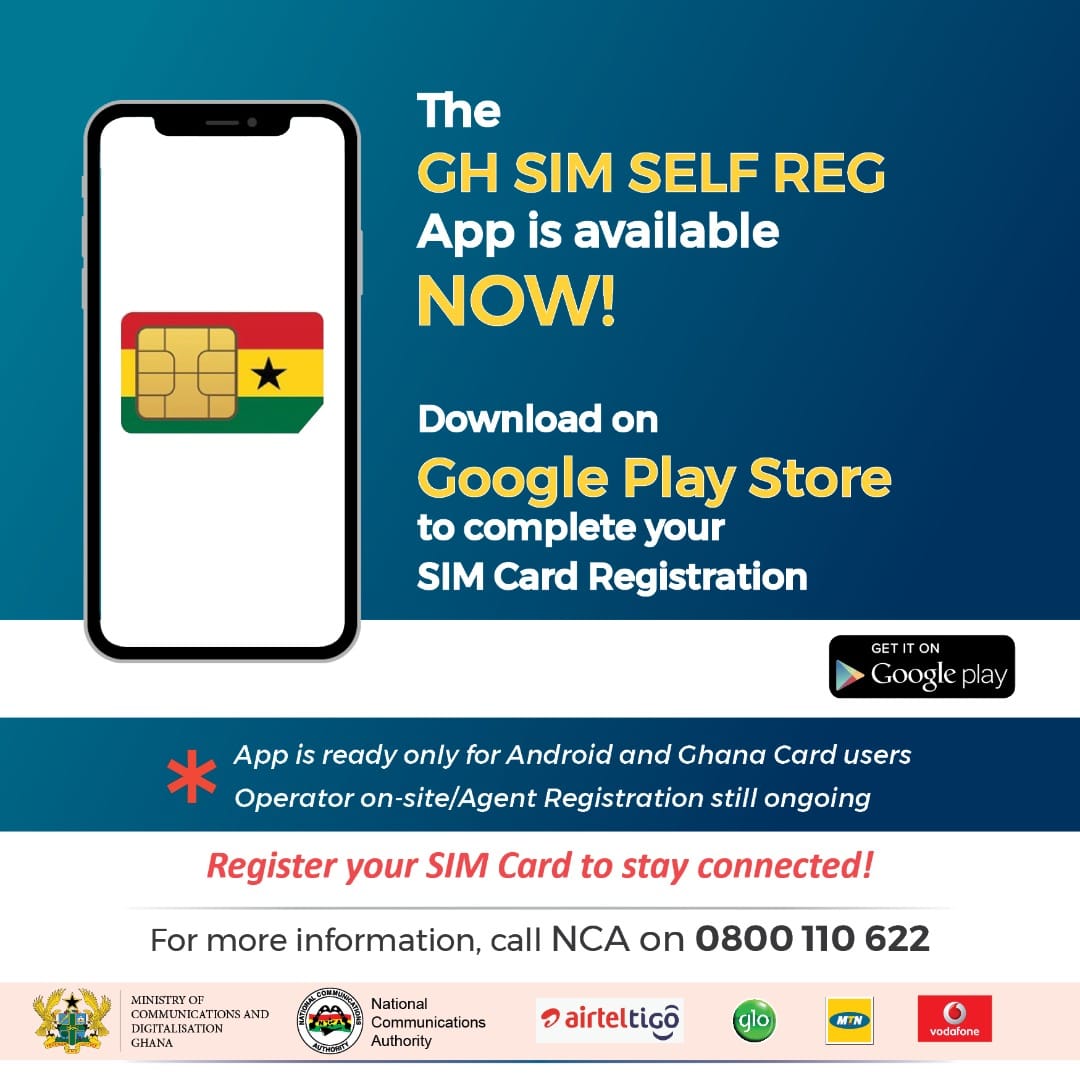