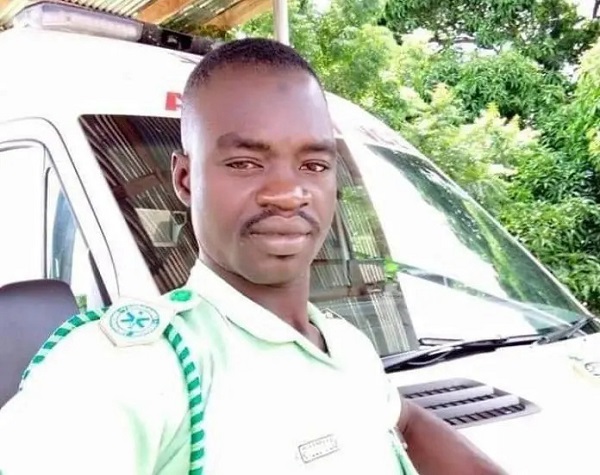 Staff of the National Ambulance Service in the Bole District, Mahama Imoro Luckey has allegedly been killed by one madman in the community.

According to sources, Mahama Imoro was hit in the head with a block by a madman near a school in Bole district.

It is said the victim was making a call around the school where the suspect sleeps and upon reaching the direction of the suspect, he was allegedly hit with a block.

The Ambulance driver was taken to the Bole District hospital but was pronounced dead upon arrival.

“Imoro was a peace loving person and had no issue with anyone so to have been killed in this manner is wickedness and Allah will punish the person who committed this act,” a family member said.

The mentally challenged man is said to have fled from the town after committing the crime.

The Bole community has been thrown into fear and panic following recent killings in the area.

There has been over eight of such mysterious deaths in the Bole and Sawla communities since the beginning of the year with some of the victims having some parts of their bodies removed.