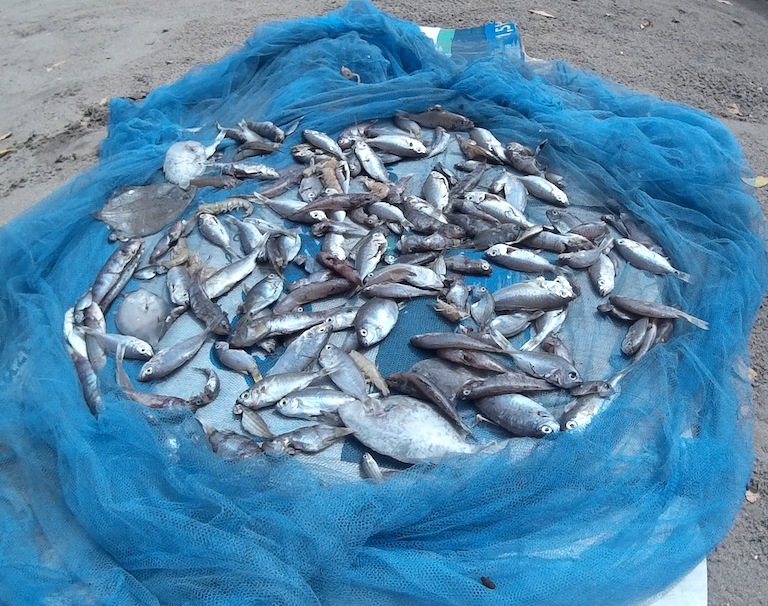 Fishmonger in Abandze in the Central Region have called on fishermen within the region to desist from catching juvenile fishes.


At a forum for fishermen and fish processor and traders at Abandze organized to as part of activities to celebrate their annual Okyir festival on Thursday, November 1, 2018, they indicated that the size of fish equivalent to the smallest finger was unacceptable and unprofitable to sell.

They have advised fishermen to throw juvenile fish caught back into the sea.

“We are not happy buying and selling such fish,” Madam Elizabeth Koomson who buys and sells fish stated.

She explained that such fish was difficult to process. “They burn in the oven and we get nothing.

Konkohemaa (in charge of the fishmongers) Nana Ama Essoun saying the selling such juvenile fish was unprofitable.

She advised the fish processor to support the closed fishing season for next year in support of efforts to help rebuild the sea's resources.