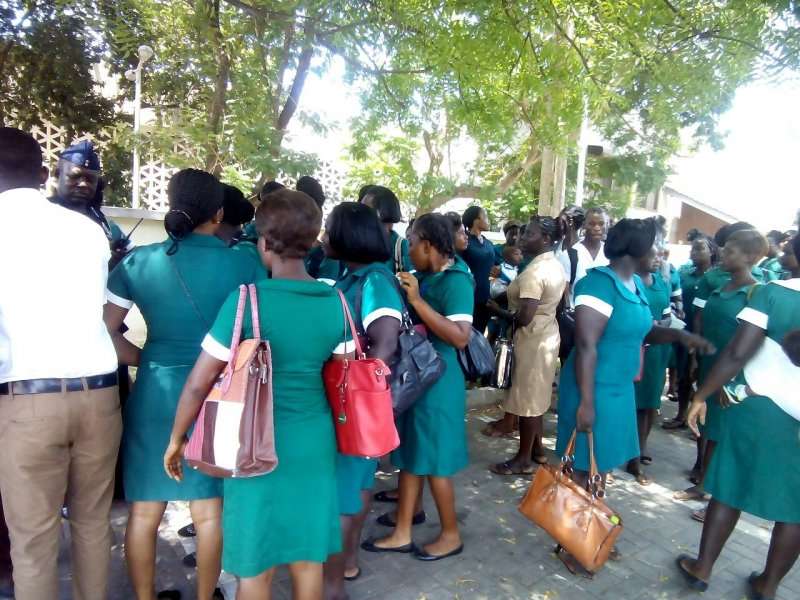 David Tenkorang, General Secretary of the Association made this known on Asempa FM's Ekosiisen.

Responding to statements that the strike is politically motivated, David Tenkorang said the comments are false and it is the posture of their employer's that had led to the ongoing nationwide strike.

He stated that until their concerns are addressed they will not call off their strike.

David Tenkorang added that they are ready to forfeit their September salary for an improved condition of service.

NLC was expected to head to court today to compel the nurses to halt the strike.

Executive Secretary of the NLC Ofosu Asamoah said the leadership of these nurses is disrespecting the court.

"We wanted to serve their president or the general secretary and both of them kept evading us, so we served it to the administrator who came out and said that he is under instructions and told us he will not take it".

The NLC said the striking nurses and midwives risk salary deductions for the number of days they have embarked on their illegal strike.

This is day 2 of the strike and the nurses have vowed not to return to work if their grievances are not sorted.