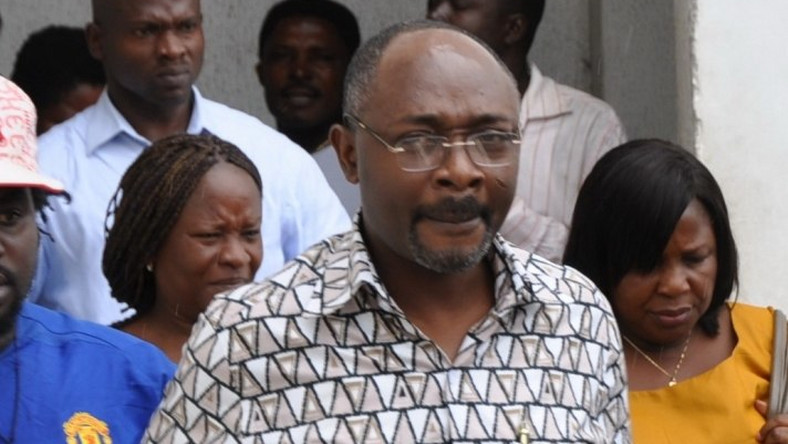 The Supreme Court has dismissed embattled businessman, Alfred Agbesi Woyome's review application which sought to challenge the court’s earlier decision not to have the ongoing legal proceedings in relation to his GH¢47.2 million debt owed the state moved to the High Court.

In a complete decision today, a three-member panel of the court, presided over by Mr Justice Julius Ansah, with Justices Agnes A. Dordzie and Professor Emmanuel Nii Ashie Kotey as members, dismissed the review application.

The Supreme court also awarded the cost of Ghc6,000 against Mr Woyome and in favour of the Attorney-General.

On December 3, 2018, the apex court, presided over by a sole justice, Mr Justice Anthony A Benin, overruled an objection raised by counsel for Woyome, Mr Osafo Buabeng. Mr Buabeng had argued that the ongoing case at the court in which the receivers of the defunct UT bank are claiming certain properties which the Attorney General said belonged to Woyome should be moved to the High Court.

It was counsel’s argument that since the case was under the High Court (Civil Procedure Rules, 2004, CI 47). hearing the case in the Supreme Court would deny the parties the right to appeal, although CI 47 makes provision for the right of appeal in execution processes.Mr Justice Benin overruled the objection and held that the Supreme Court had the power to enforce its judgement and, therefore, surrendering its jurisdiction to the High Court would be unconstitutional.

Woyome’s legal team dissatisfied with the ruling filed for review before the three-member panel, which was dismissed.The UT Bank, in April 2016, claimed ownership of the two properties at Trasacco in Accra when the state attempted to auction them to defray the GH¢51.2 million the businessman owed the state.

The effect of the claim is that the state cannot sell those properties until it is proved that the bank’s claim is false.

On July 29, 2014, the supreme court ordered Mr Woyome to refund GH¢51.2 million to the state on the grounds that he got the money out of unconstitutional and invalid contracts between the state and Waterville Holdings Limited in 2006 for the construction of stadia for CAN 2008.

The court held that the contracts upon which Mr Woyome made and received the claim were in contravention of Article 181 (5) of the 1992 Constitution of Ghana, which requires such contracts to be laid before and approved by Parliament.

However, in November 2016, he refunded GH¢4 million and promised to pay the outstanding balance by quarterly instalments of GH¢5 million, commencing April 1, 2017.

That did not materialize after the businessman initiated a litany of legal cases at the Supreme Court to support his case, which were all dismissed.

In August 2017, the ICC threw out his case on the basis that he failed to properly invoke its jurisdiction.

His case at the African Court of Justice is yet to be determined.