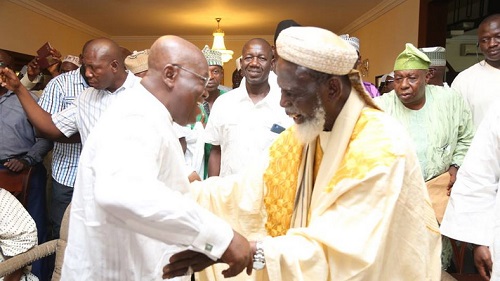 President Akufo-Addo in his Eid al-Adha message has urged Muslims in Ghana to pray for peace ahead of the 2020 elections.

There has been some violence recorded in the ongoing voters' registration and that must have informed the President to ask the Muslim community to intervene as they celebrate Eid al-Adha today.

READ ALSO: Eid al-Adha teaches us selflessness and sacrifice which all must emulate - Dr Bawumia

“Eid-ul-Adha is a celebration of the true essence of Islam, peace, and submission to the will of Allah. I pray we use the occasion of Eid-ul-Adha to reflect on the spirit of sacrifice and loyalty that inspired Prophet Ibrahim to accept Allah’s command to sacrifice his son Ishmael. Our nation requires that we sacrifice our abilities and talents to the nation-building of a Ghana Beyond Aid.”

“I urge all Muslims to take advantage of this Holy Month of Zhul-hajj to pray for the peace of our nation, as we count down to election 2020.” 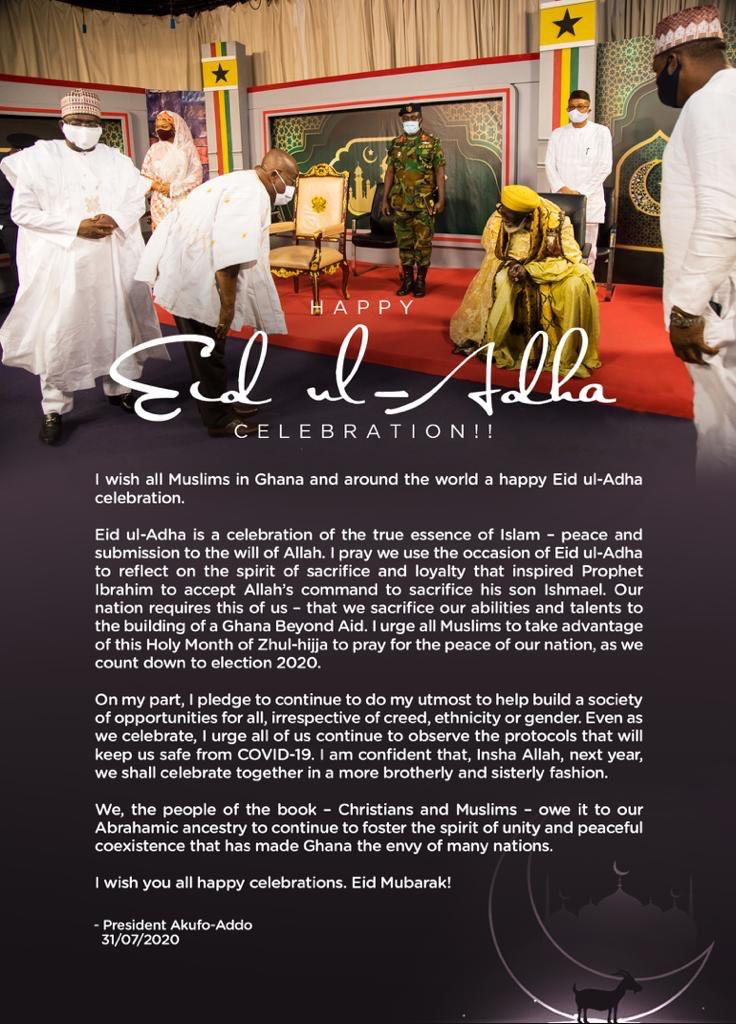